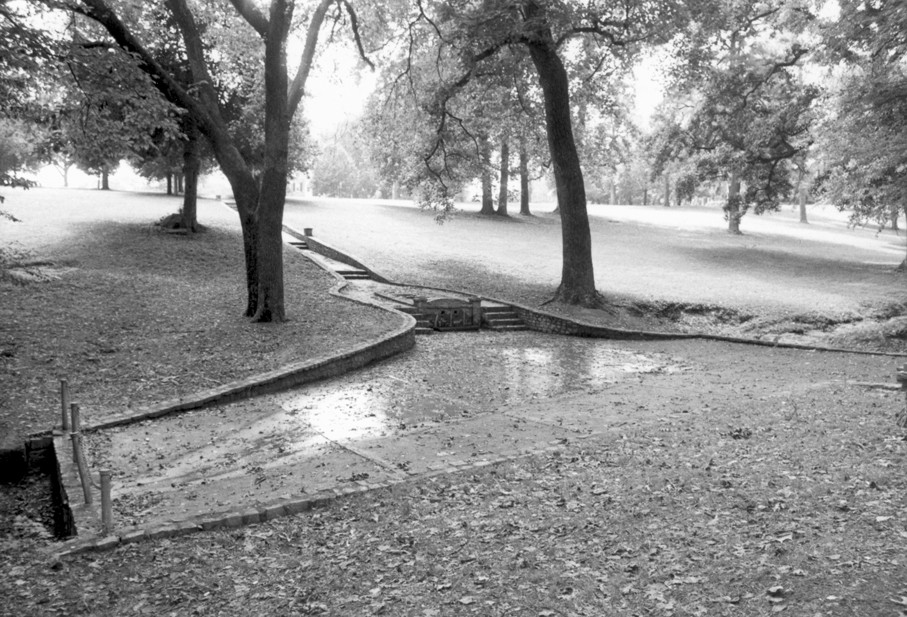 The 105-acre landscaped Forest Hill Park has been a part of the city’s park system since 1934. It exhibits a variety of wild natural areas and wetlands in addition to manicured landscapes. Holden Rhodes, a farmer, lawyer, and businessman, owned the property from 1836 to 1857 and built a picturesque stone house that is now used as a meeting place. Eventually the Rhodes estate became a public park and the terminus of one of Richmond’s trolley lines. An amusement park was developed with a bandstand, merry-go-round, enchanted house, bowling alley, dancing pavilion, roller coaster, and a penny arcade in the Rhodes house. Around the park, several neighborhoods grew up—true “trolley suburbs.” In 1934, the city acquired the park and transformed it for picnicking and community uses.