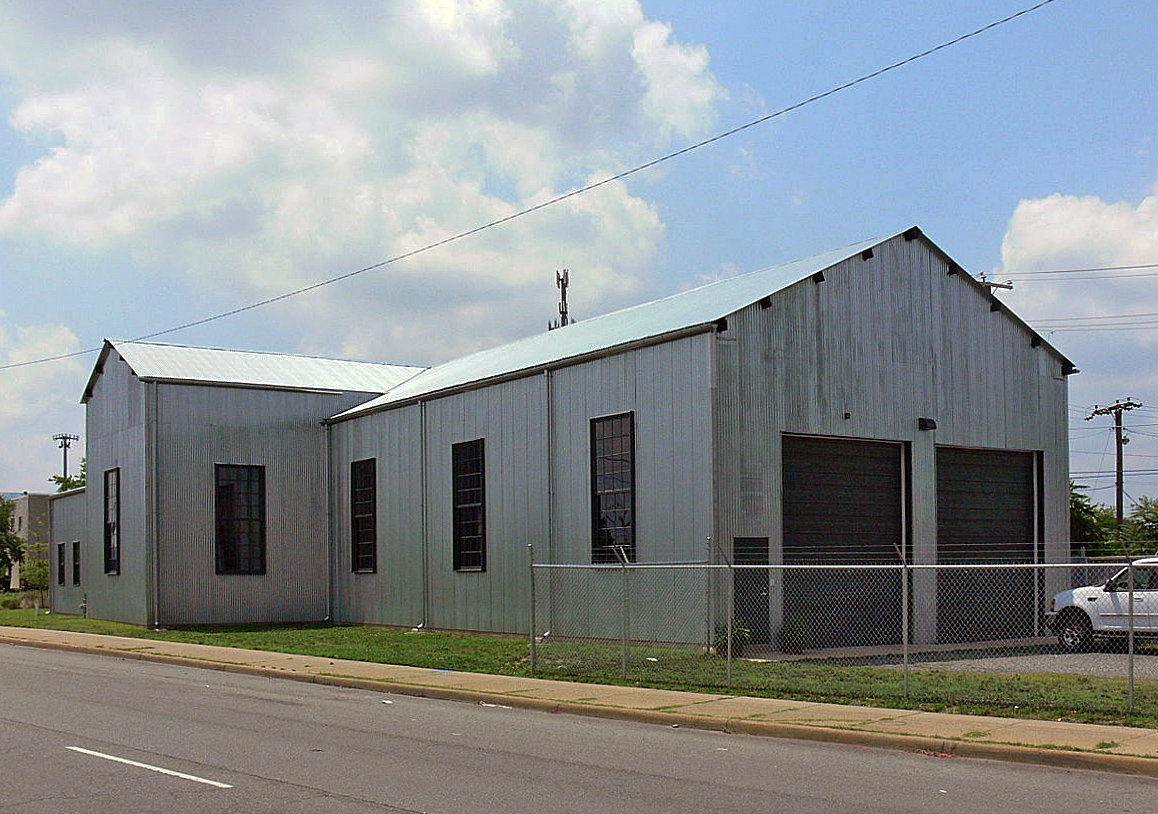 Constructed in 1907, the Richmond and Chesapeake Bay Railway Car Barn is a utilitarian steel-frame and corrugated-panel building where workers serviced electric rail passenger cars that ran between Richmond and Ashland from 1907 to 1938. The 14-mile connection was the first section completed of a proposed interurban service that would run from Norfolk to Fredericksburg, via Petersburg and Richmond, with branches to the Northern Neck. Frank Gould, son of the financier Jay Gould, was the initial investor-visionary behind the line. The railway barn appears today much as it did when built. A one-story transformer station was added to it in the 1920s with further alterations made in the 1970s when Meyer Repair acquired the building and used it for servicing large trucks. Isolated today, the barn once stood near five storage buildings, four “workmen’s shanties” to the west, and four dwellings to the south. In the 1970s, Brook Road was widened from 60 to 90 feet and the dwellings and storage buildings removed.