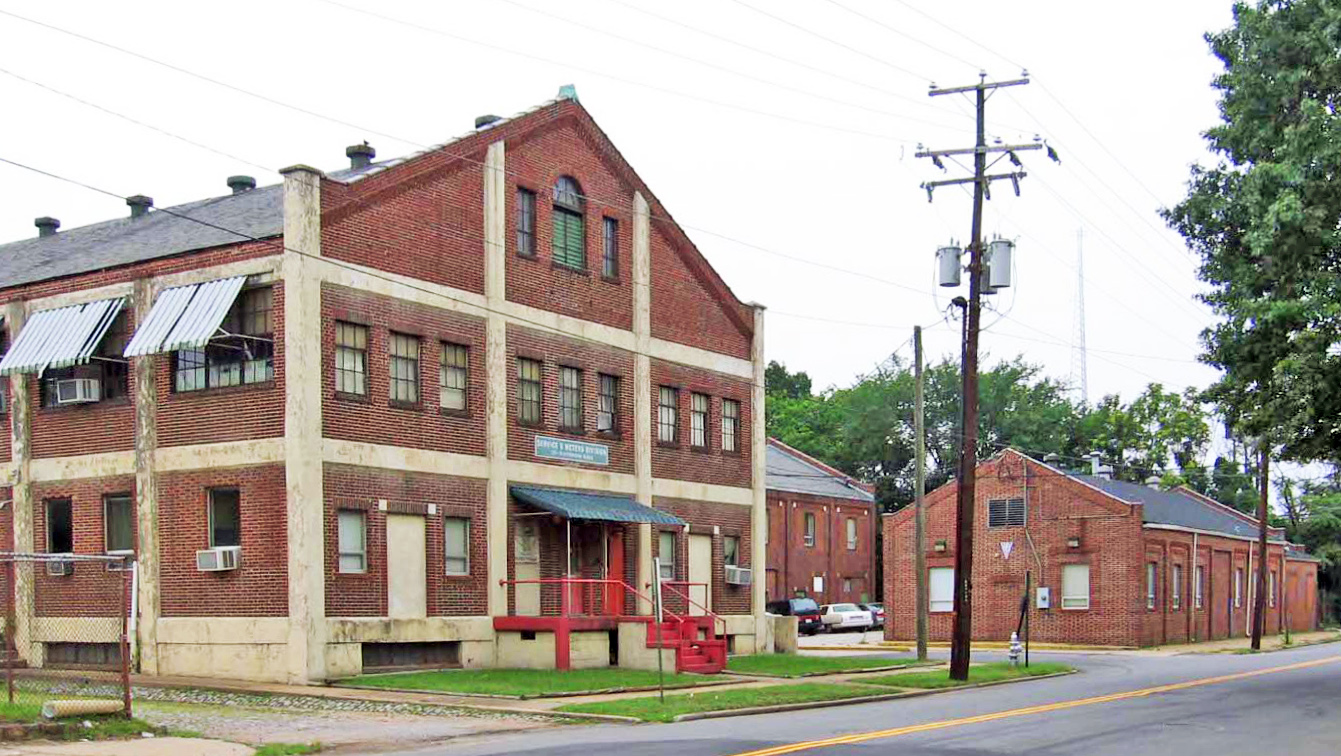 As the City of Richmond expanded and the demand for gas and water service grew in the early 20th century, the Department of Public Utilities’ Howard Road Facility was constructed to meet that need. It is representative of Richmond’s rapid development at this time but is also significant for its distinctive architecture. Built in 1927, the design of the main meter repair building points to that era’s development of a new aesthetic in industrial architecture for utilitarian buildings. Its striking, visible concrete structural grid and brick curtain walls were designed by engineer Kenneth M. Adelstein, an employee of the Department of Public Utilities. The combination of the expressed concrete frame and brick curtain walls with a gable roof is unique among Richmond’s industrial architecture. There are six additional historic buildings on the property, the earliest built in 1925, and though none display the same design as the meter repair building, two others were built of brick. The complex was sold in 2007 to Seven Hills School, for use for educational purposes.