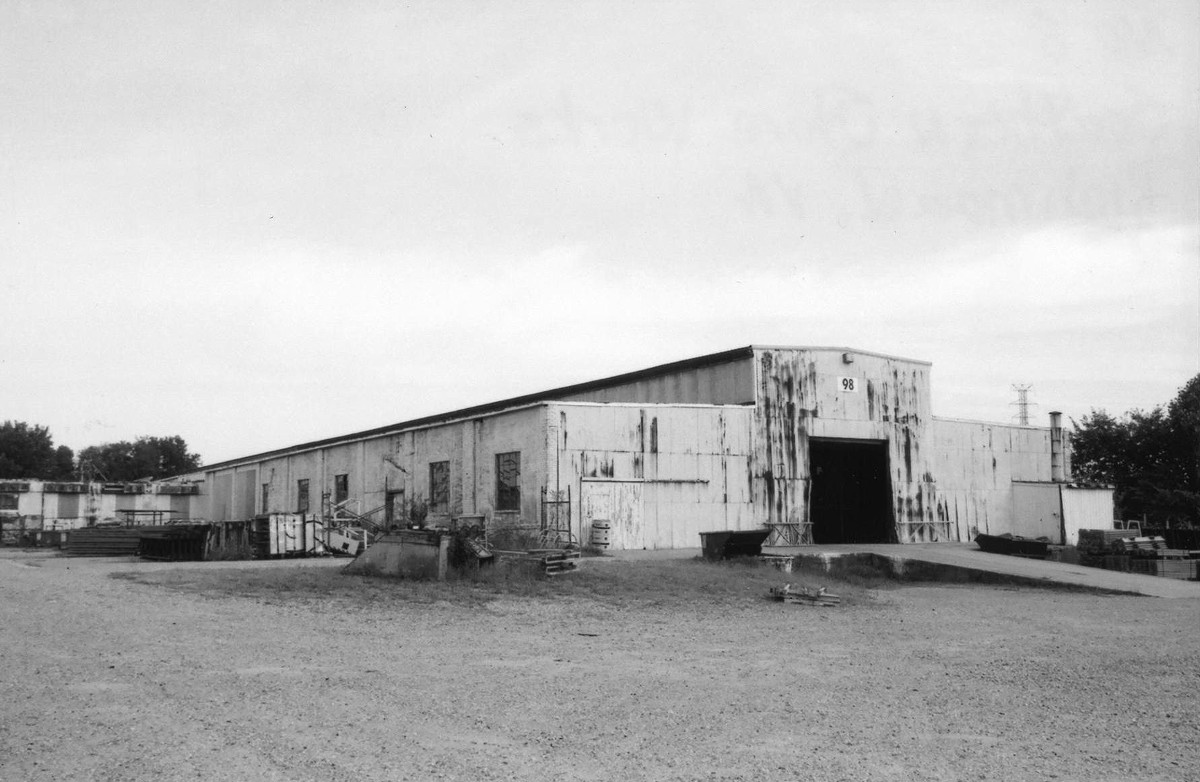 The Southern Stove Works factory, located in the Manchester area of Richmond, was constructed in 1920 using pre-fabricated steel frames for buildings that featured large banks of windows to capture natural light and solar heat. The Austin Company, based in Cleveland, Ohio, led the way in employing this structural design and the Southern Stove Works factory—billed as a “modern daylight plant” in contemporary advertisements—is the only documented Austin Company-designed example in Richmond. Prior to locating in Manchester, Southern Stove Works, established in 1880, was housed in a circa 1902 building (listed on the state and national registers in 2005) situated on the north side of Richmond. The company’s success in the early 20th century, spurred by the perceived superiority of its coal- and wood-burning cooking and heating stoves, caused it to outgrow the earlier location and relocate to Manchester, where nearby rail lines kept freight rates low. Southern Stove Works acquired Richmond Stove Works later in the 1920s, which helped it to dominate stove production in Richmond until 1950.