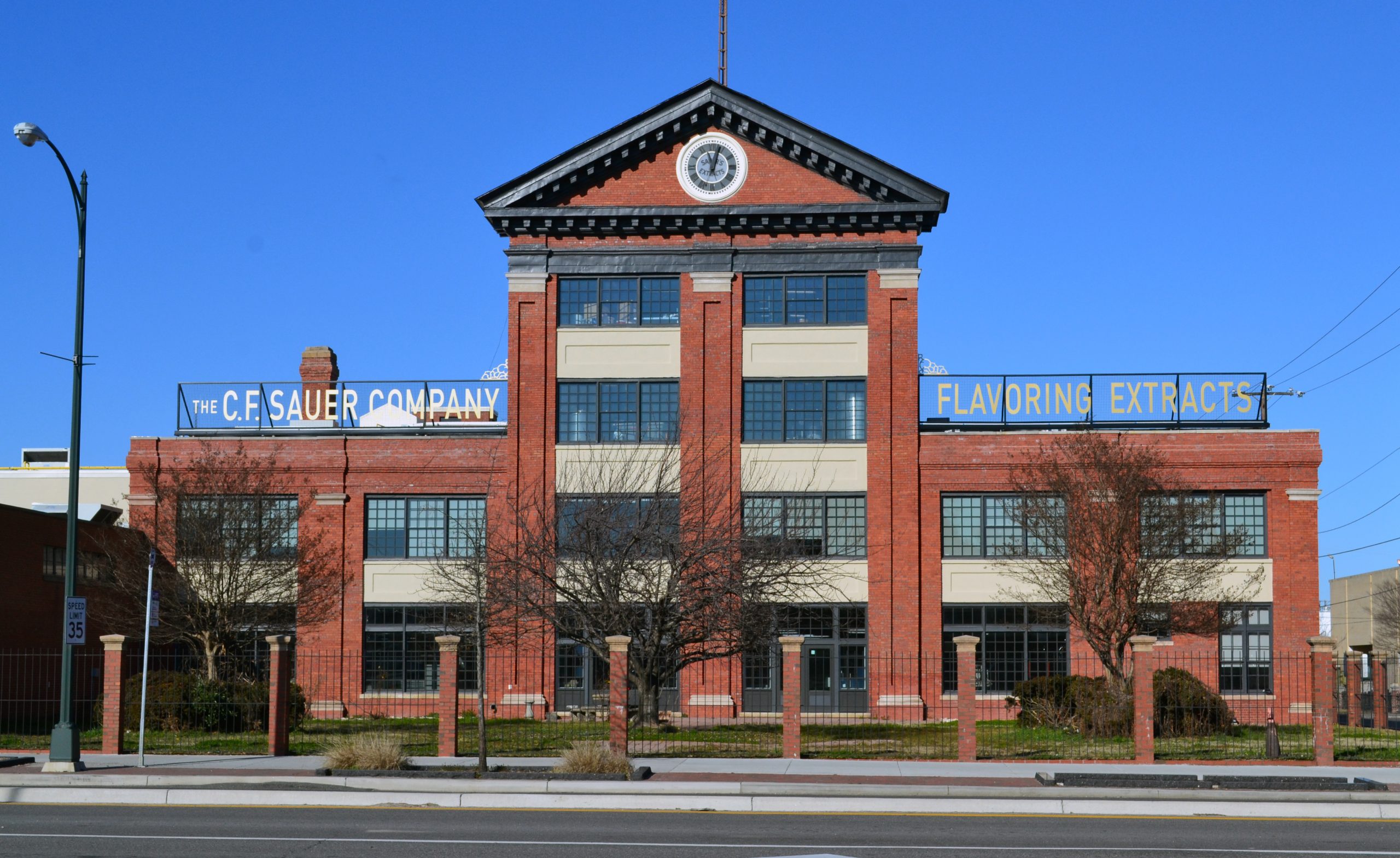 The West Broad Street Industrial and Commercial Historic District in the city of Richmond witnessed industrial and commercial development, beginning in 1902 and through the first half of the 20th century, as the area capitalized on rail and road infrastructure, the availability of land, and annexations by the city in 1906 and 1912 that brought municipal services to the area. Initial industrial development, including the Putney Shoe Factory and C.F. Sauer Food Company (pictured above), depended on rail access, while a subsequent wave of commercial development that followed during the early 20th century focused primarily on automobile traffic along West Broad Street.