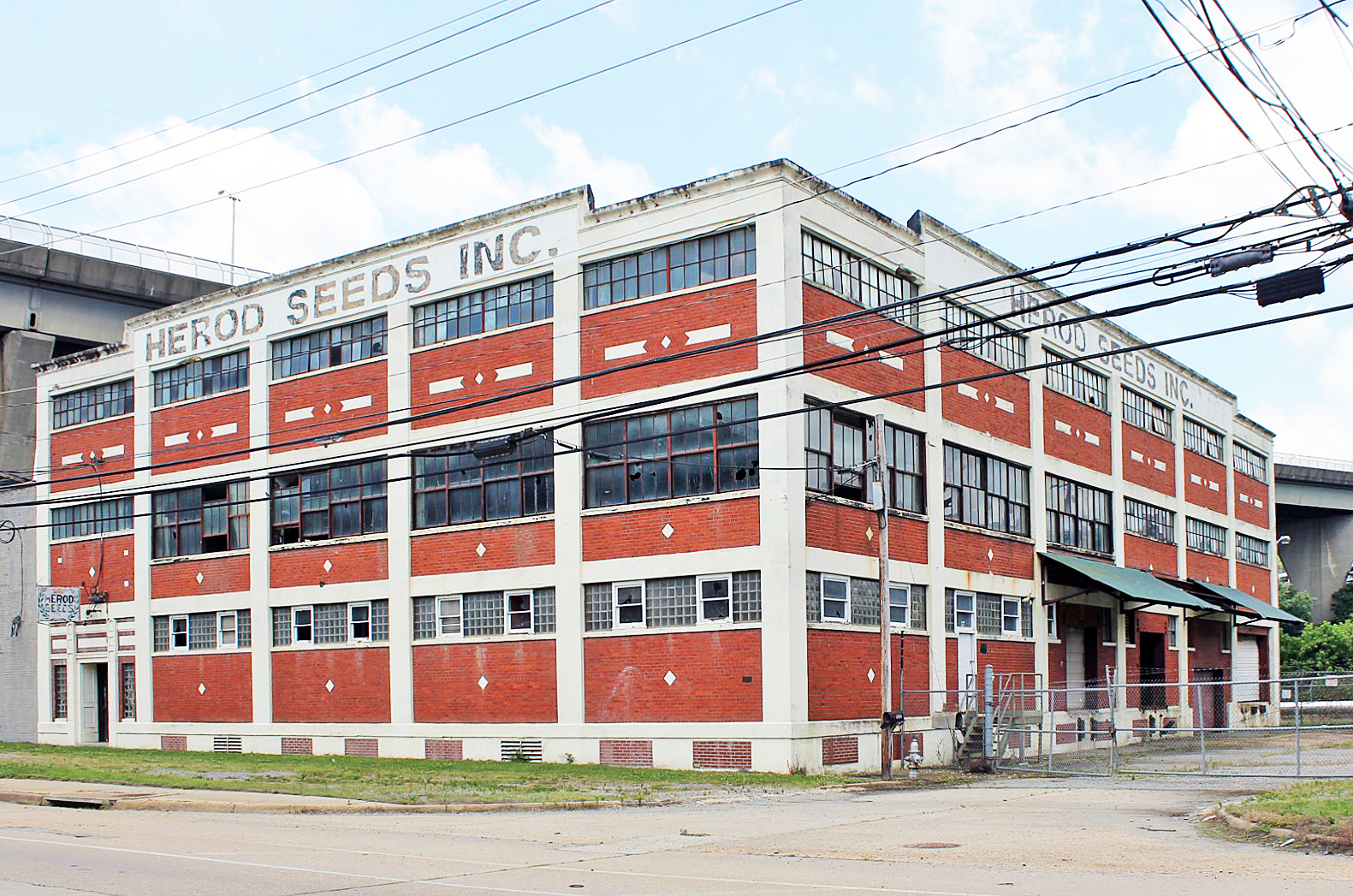 A three-part storage and office complex in downtown Richmond, with portions dating back to 1886, the Oliver Chilled Plow Works Branch House allowed for the storage and shipping of the Indiana-based company’s innovative plows to retailers throughout Virginia and beyond. The Richmond complex functioned as a distribution cog in the efficient network that company founder, James Oliver, established to ensure that his plows, farm equipment, and replacement parts—all manufactured at the company’s main South Bend, IN, plant—could be quickly shipped to smaller distribution facilities and retailers. Under Oliver’s guidance and that of his successor, son James D. Oliver, the company expanded through its “branch houses” to cover the nation and reach a world market. The Richmond complex also exemplifies the evolution of industrial buildings after the advent in the early 20th century of reinforced concrete. This development made possible construction of larger interior spaces, and more numerous and larger windows than the use of brick alone. The two types of construction methods are juxtaposed in the earlier warehouses and later portions of the complex and add to the interest of the building as a whole. The Oliver Chilled Plow Works Branch House is also one of the few complexes in its area of Richmond that survived the widespread demolition of similar, once-plentiful buildings during the urban renewal period of the later 20th century. The Oliver Corporation sold the complex in 1969.