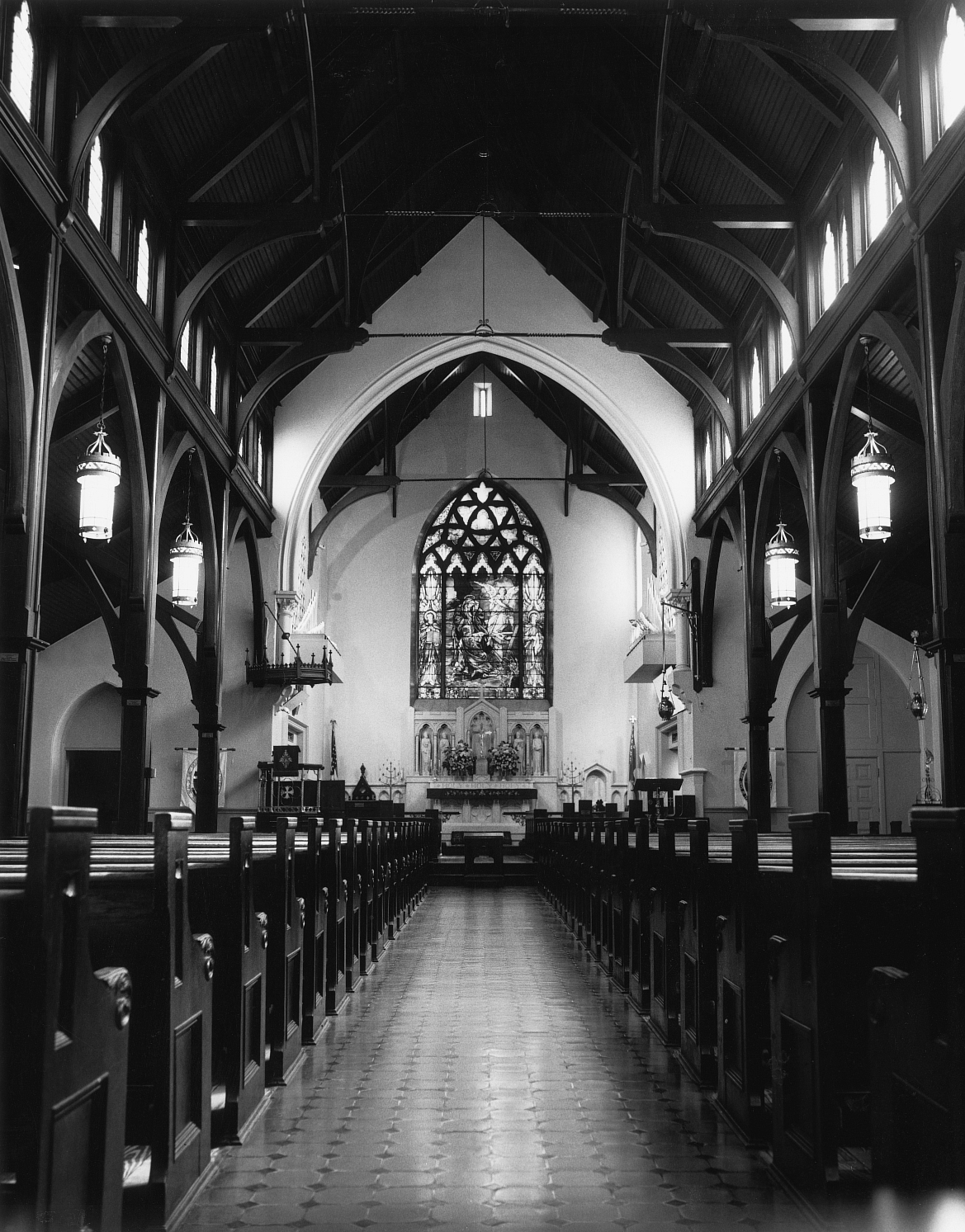 The parish of St. John’s Episcopal Church traces its origins to the 1830s when the Rev. Nicholas Hamner Cobbs of Bedford began ministering in the Roanoke Valley. With Roanoke’s rapid urbanization at the end of the century, St. John’s became the largest Episcopal parish in Southwest Virginia. In 1891-92 the congregation erected the present church designed by Charles M. Burns of Philadelphia with William C. Noland as resident architect. The rugged stone building is one of the region’s most literate works of the Late Gothic Revival and displays the scholarship and craftsmanship inherent in this architectural movement. The cynosure of the lofty interior is the rhythmic timberwork of the hammerbeam ceiling, aisles, and clerestory. Stained-glass windows by the Tiffany and Lamb studios also highlight the space. In 1919, St. John’s became the headquarters of the newly created Diocese of Southwestern Virginia.  It is located in the Southwest Historic District in the city of Roanoke.