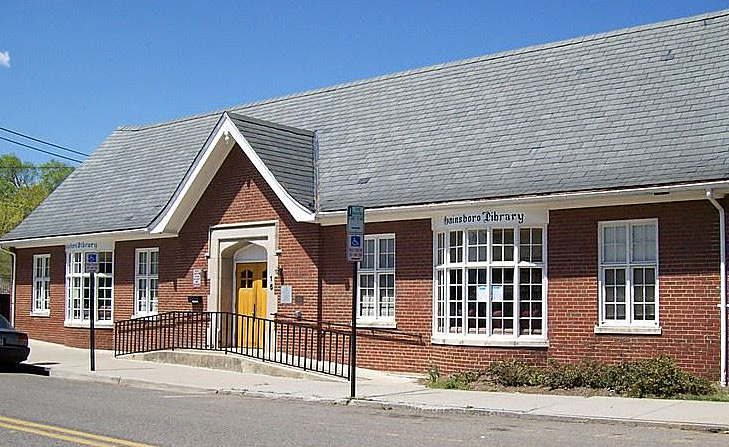 Opened in 1942, the Gainsboro Branch of the Roanoke City Public Library provided Roanoke’s African American residents a facility where children and adults could pursue self education. Designed by Eubank and Caldwell of Roanoke, the domestic-scale Tudor Revival building was Gainsboro‘s second public library. The first, housed in an Odd Fellows Hall, was established in 1921. Expansion became necessary by the late 1930s but the existing space was too small for remodeling. After debate between city fathers and black leaders, it was agreed the neighborhood should have a new, up-to-date library. Virginia Young Lee, the librarian for more than forty years, motivated children to use the library and created a special collection African American materials which is still maintained. The Gainsboro Library continues to serve as a neighborhood icon and a cultural and educational resource for the Roanoke area.