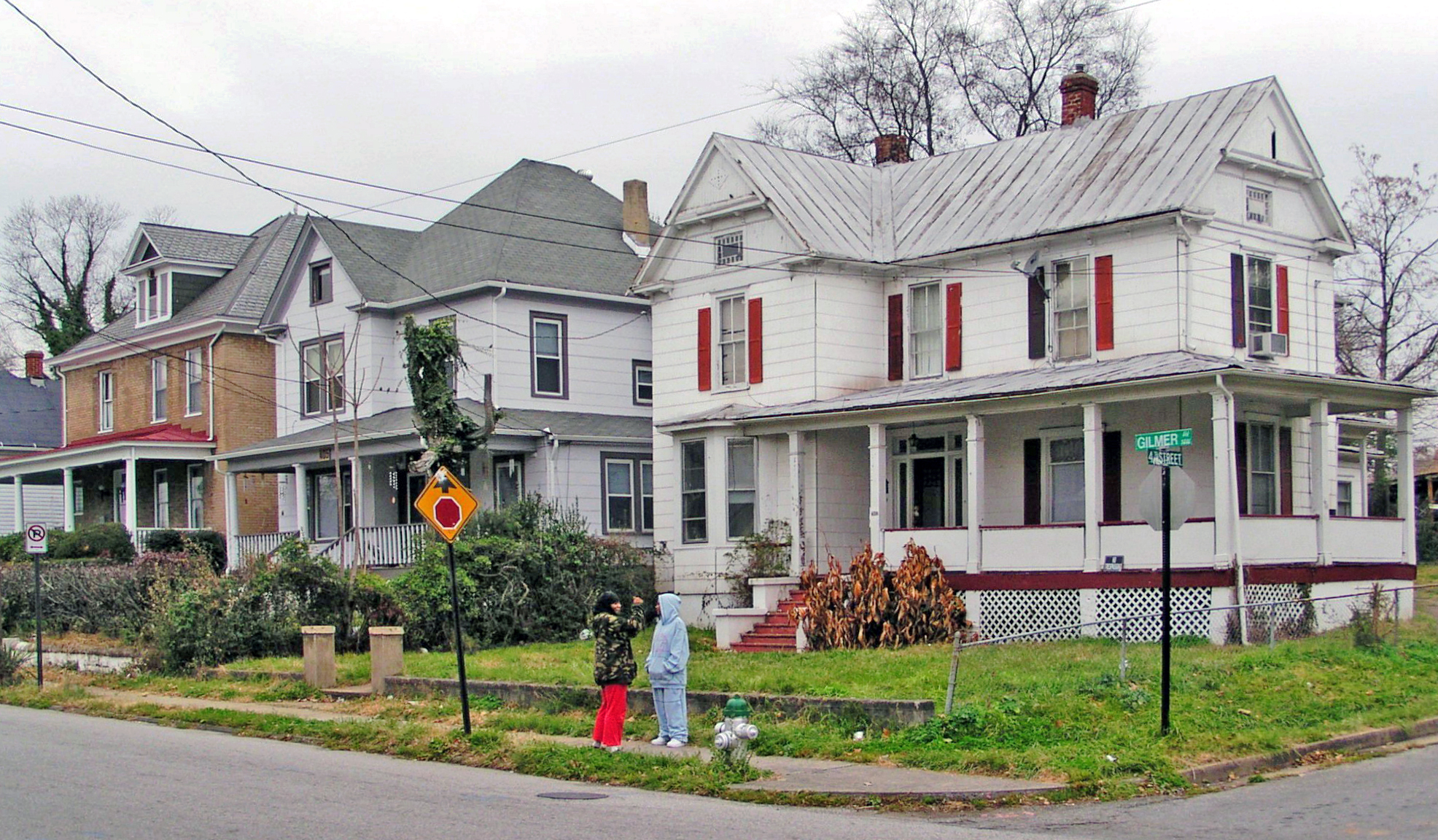 The Gainsboro Historic District, first settled in 1834 and the oldest neighborhood in Roanoke, contains a full range of late-19th-century to mid-20th-century residential, commercial, and institutional buildings. Arising around the hub of the Norfolk and Western Railway headquarters during the late 19th century, the community between 1890 and 1920 gradually changed from a white to an African American residential neighborhood. Faced with the constraints of segregation and Jim Crow laws, Gainsboro’s black community developed its own businesses, entertainment venues, institutions, and services, as well as its own leaders, resulting in a self-sustaining African American enclave in Roanoke that thrived into the second half of the 20th century and the advent of desegregation. From the mid-1950s into the 1980s, Roanoke’s “urban renewal” demolitions and road building destroyed much of Gainsboro’s historic core. Yet today the district’s commercial and cultural heyday is recalled in its many remaining residences, three churches, a parish hall, library, former hotel and theater (both associated with the legendary African American film producer Oscar Micheaux), and other structures built mostly between 1890 and 1925.  Included within the district’s boundaries is the Henry Street Historic District.