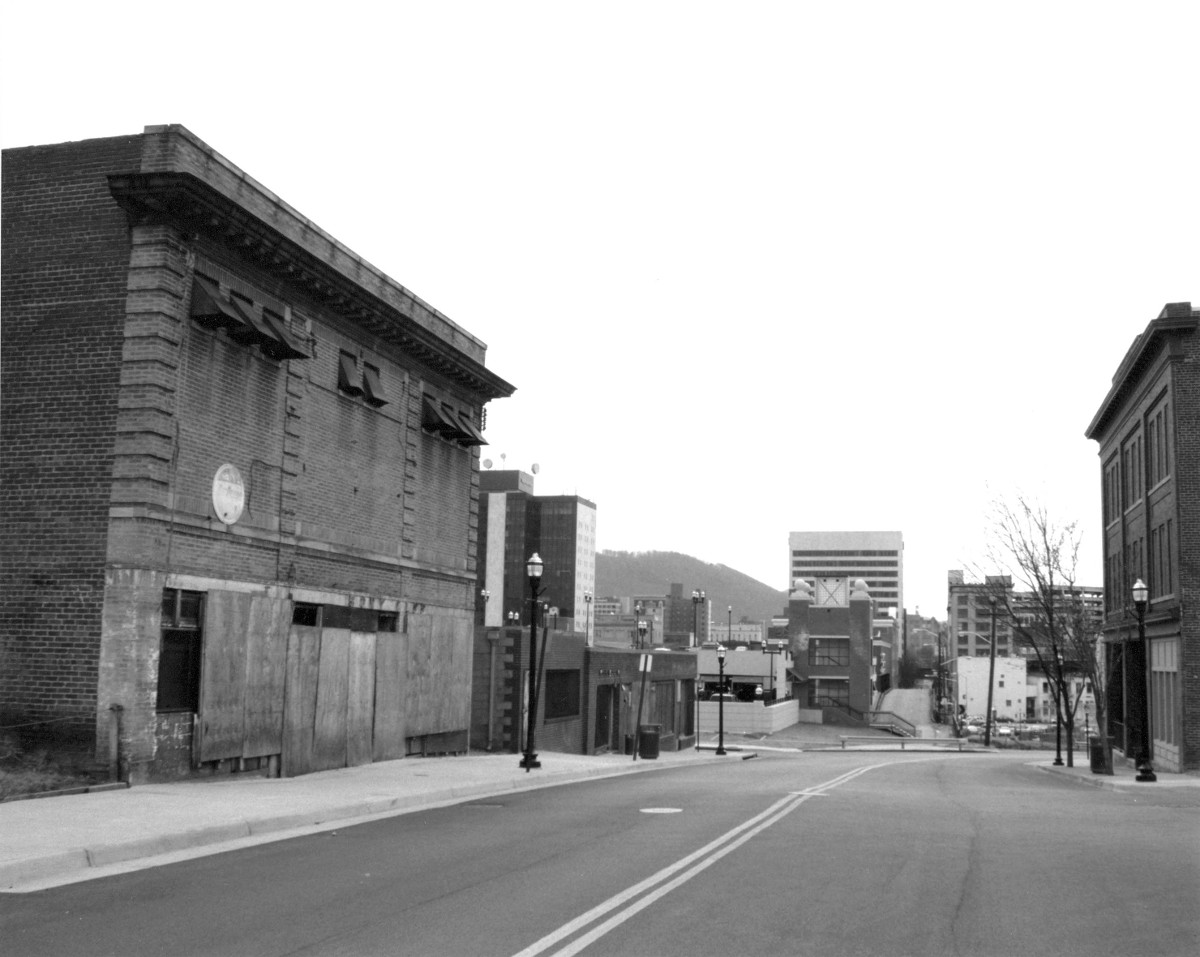 Henry Street, also known as First Street, served as the commercial and entertainment center of the African American neighborhood of Gainsboro in Northwest Roanoke during the first half of the 20th century. With surviving resources that include the 1917 Hotel Dumas, the 1923 Strand Theatre (Ebony Club), the circa 1945 office building of Dr. Lylburn Downing, and many small specialty stores dating to the mid-20th century, the Henry Street Historic District represents the relatively self-sufficient commercial center established by African Americans in the city during the Jim Crow era of segregation. As reminders of the participation of Roanoke’s black community in the nationally influential Harlem Renaissance movement, the hotel and theater provided a venue and lodging for many famous black performers of the era. In addition, Oscar Micheaux, a principal African American film producer and distributor between World War I and World War II, opened an office in the Strand Theatre in 1924 and filmed several movies in the neighborhood while making the Hotel Dumas his local residence.