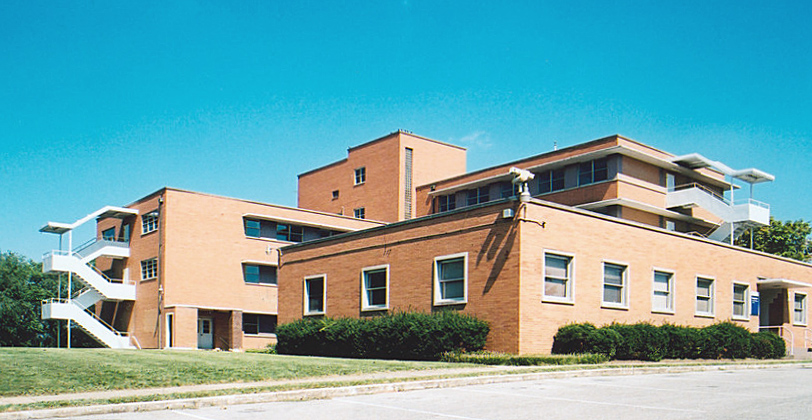 Burrell Memorial Hospital was constructed between 1953 and 1955 as a facility for the treatment of Roanoke’s African American residents. The brick four-story building was designed in the International Style by Cincinnati architect Harvey Hannaford and the Roanoke firm of Stone and Thompson. The hospital, completed in 1955, replaced earlier hospitals also named for Dr. Isaac Burrell, who arrived in Roanoke in 1893 and pioneered provision of medical care for area African Americans until his death in 1914. Following the civil rights legislation of 1965, Burrell Memorial Hospital became an extended health care facility until its early 2000s merger with the Carilion Health System, formerly the Roanoke Hospital Association, and at that time one of the largest employers in the Roanoke Valley.