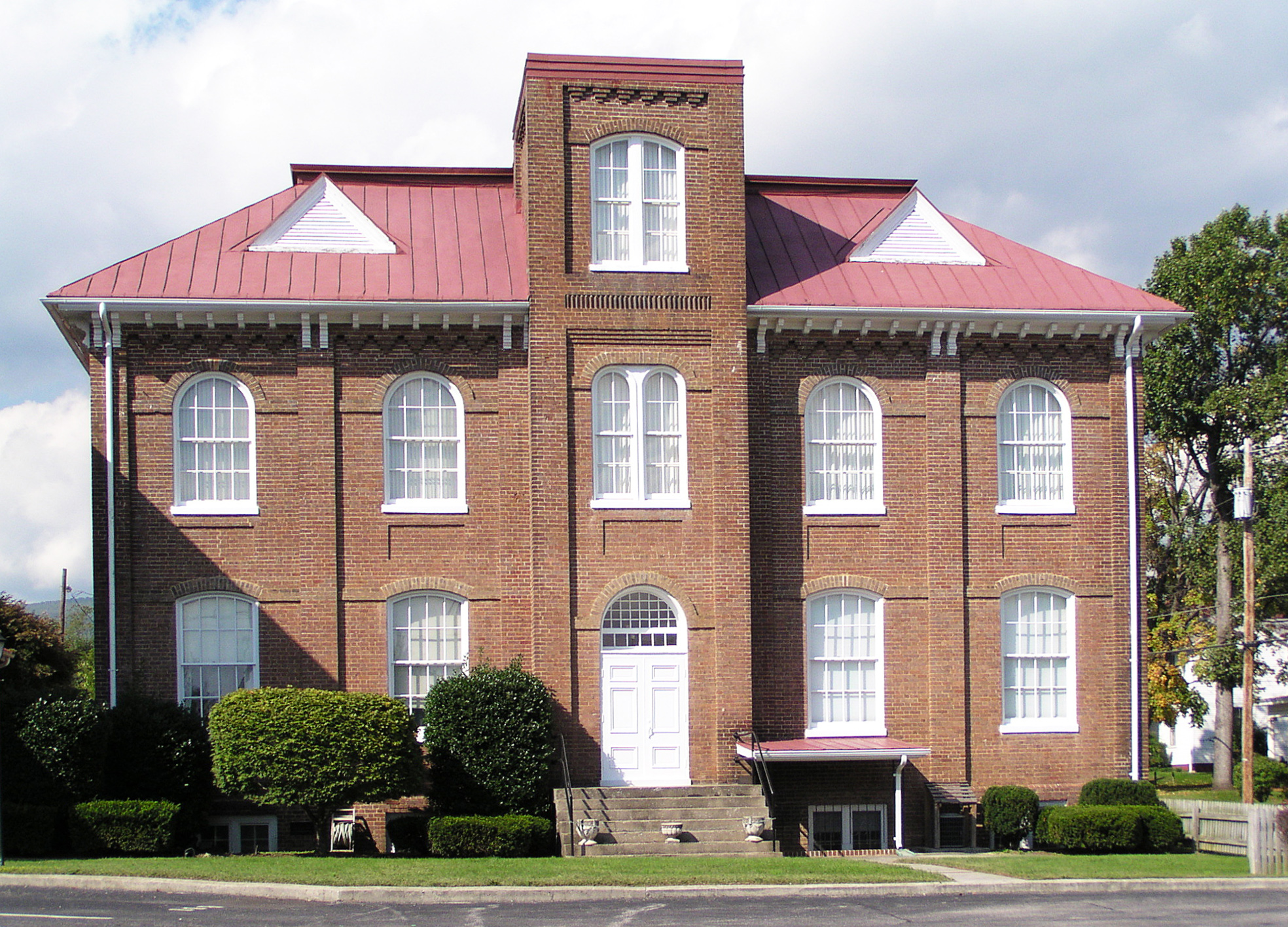 Completed in 1890 on the site of a private female academy, the Academy Street School was one of the first modern public schools in Southwest Virginia, an outgrowth of the state’s late-19th-century educational reforms. Taking advantage of its prominent location at the head of a street, the building was given a fashionable Victorian silhouette emphasized by decorative brickwork, bracketed cornices, and an entrance tower originally topped by a mansard roof. Its well-lighted, centrally heated, and spacious classrooms, arranged around an octagonal central hall, indicated an enlightened attitude toward public primary education, a contrast to the one-room, wooden schoolhouses most Virginians attended at the time. The school originally was in the Roanoke County school system but was later incorporated into that of the city of Salem. Closed in 1977, the building was later sold by the city and converted into apartments.