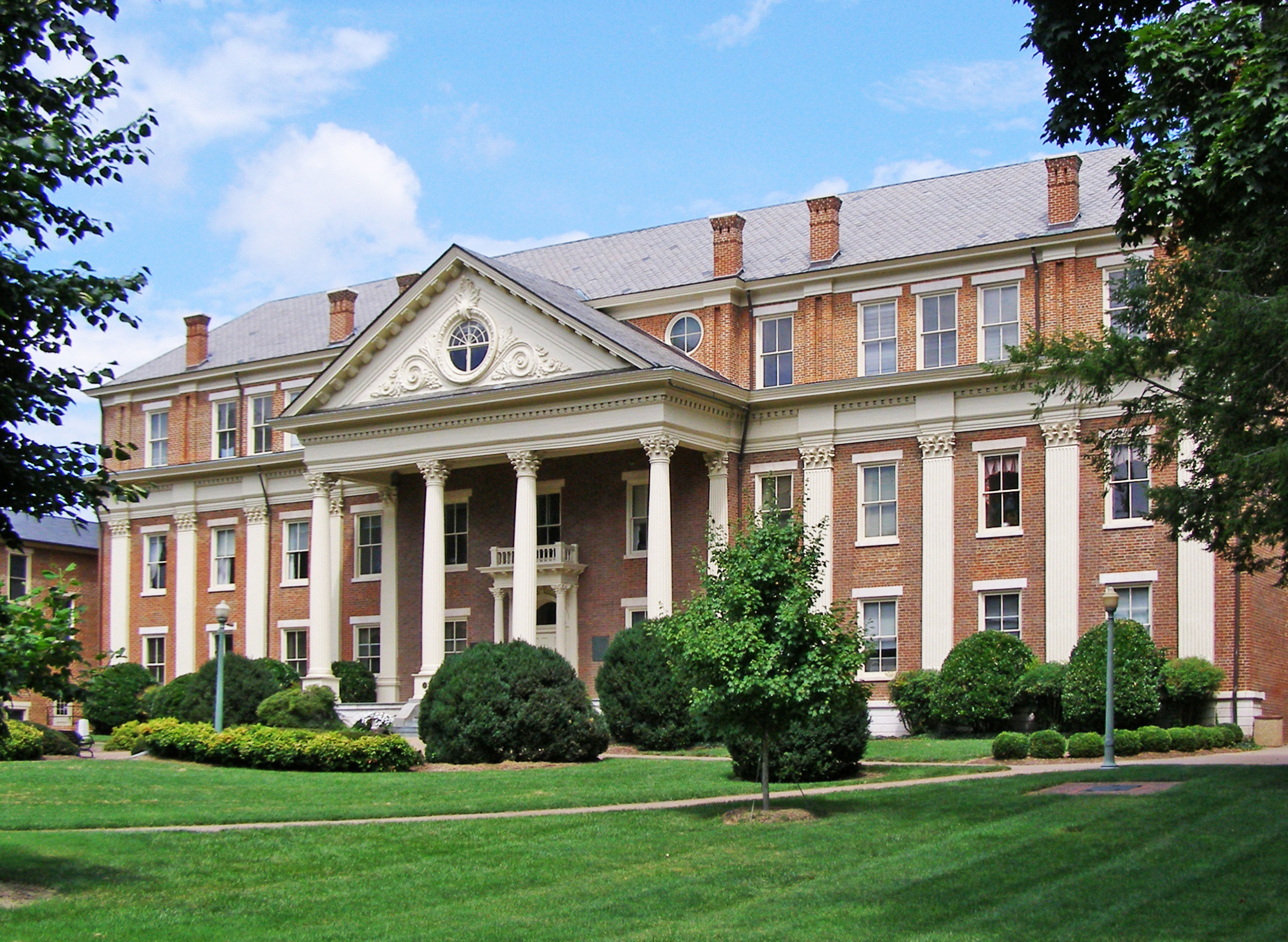 In a tree-shaded campus in the heart of Salem, the group of academic buildings that make up the core of the Roanoke College Main Campus Complex displays the evolution of the area’s architectural tastes from the mid-19th-century through the early 1900s. First known as Virginia Collegiate Institute, Roanoke College was founded in Augusta County in 1842 by two Lutheran pastors, and was moved to the city of Salem in 1847. That same year, builders James C. and Joseph Deyerle began erecting the Main Building, now the Administration Building (pictured above). Originally Greek Revival, the building was remodeled in the Neoclassical taste in 1903, receiving a third floor and Corinthian portico. Flanking it are Miller and Trout halls, both begun in 1856. The Gothic-style Bittle Hall was completed in 1879 as a library and was later converted into the office of the Virginia Synod of the Evangelical Lutheran Church in America. Roanoke College continues as a leading educational institution of the region.