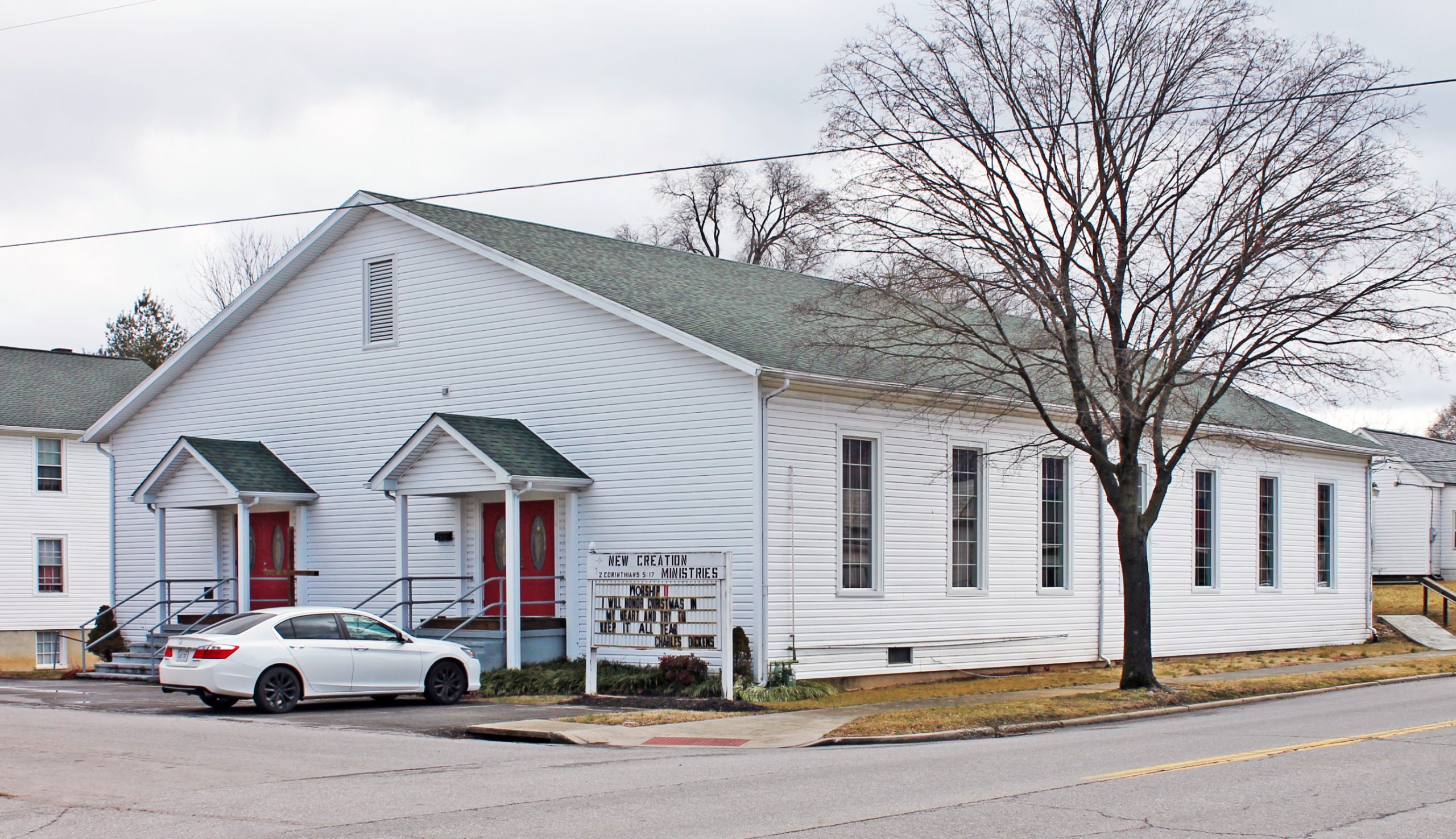 The Southwest Virginia Holiness Association Camp Meeting complex in the city of Salem had its origins in the Holiness movement, a mid-19th-century offshoot of Methodism. Adherents of the movement dedicated themselves to living perfect or “holy” lives according scriptural teaching. Critical to the movement’s activities was the camp meeting, an ecstatic form of worship with deep roots in the religious life of rural America. Camp meetings usually involved several weeks of intense emotional worship. The chief patron of the movement’s Salem branch was Demetrius Bittle Strouse who had the original meeting hall or tabernacle erected in 1901. The present tabernacle, a plain wooden hall, was built in 1922; the adjacent dormitory was put up in 1928. Regular summer meetings were held here until 1993 when diminished participation prompted their cancellation. Since sold, this landmark of religious fervor went on to be used for a youth theater, gospel sings, and other special events.