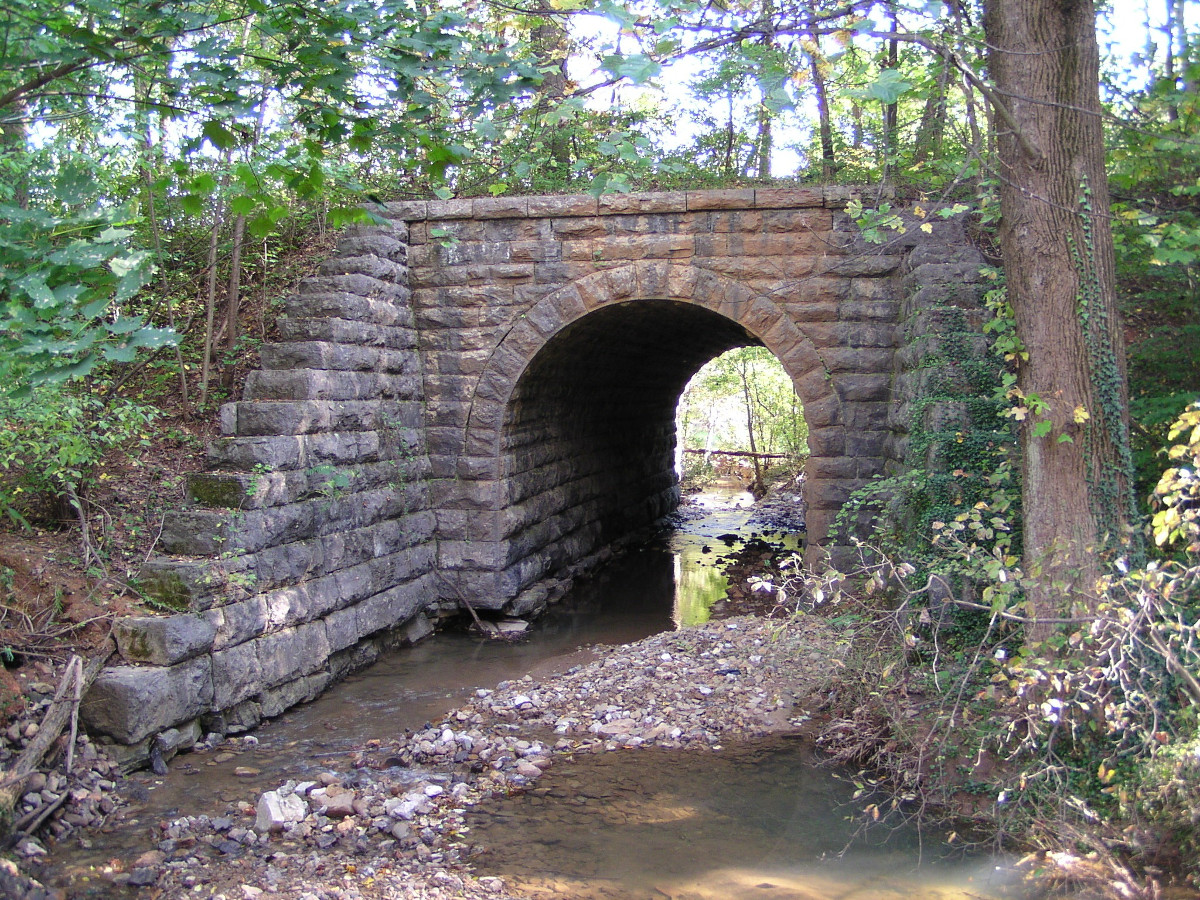 Constructed in 1873, Valley Railroad Bridge, in Salem, is an imposing limestone structure consisting of a barrel-vaulted tunnel through which Gish Branch flows surmounted by a 12-foot arch to carry a railroad bed. The bridge was built for the Valley Railroad, a venture never completed due to failed financing. The 14-mile Gish Branch section was constructed under the supervision of Thomas K. Menifee, who employed Irish immigrants and formerly enslaved African Americans to supplement local labor. Had it been realized, the railroad would have been 113 miles long, uniting the Baltimore and Ohio Railroad to the north at Harrisonburg with the Virginia and Tennessee Railroad at Salem. The bridge, which exhibits superior stonework of locally quarried stone, remains in good condition, and provides insight into railroad design and construction during the late 19th century.