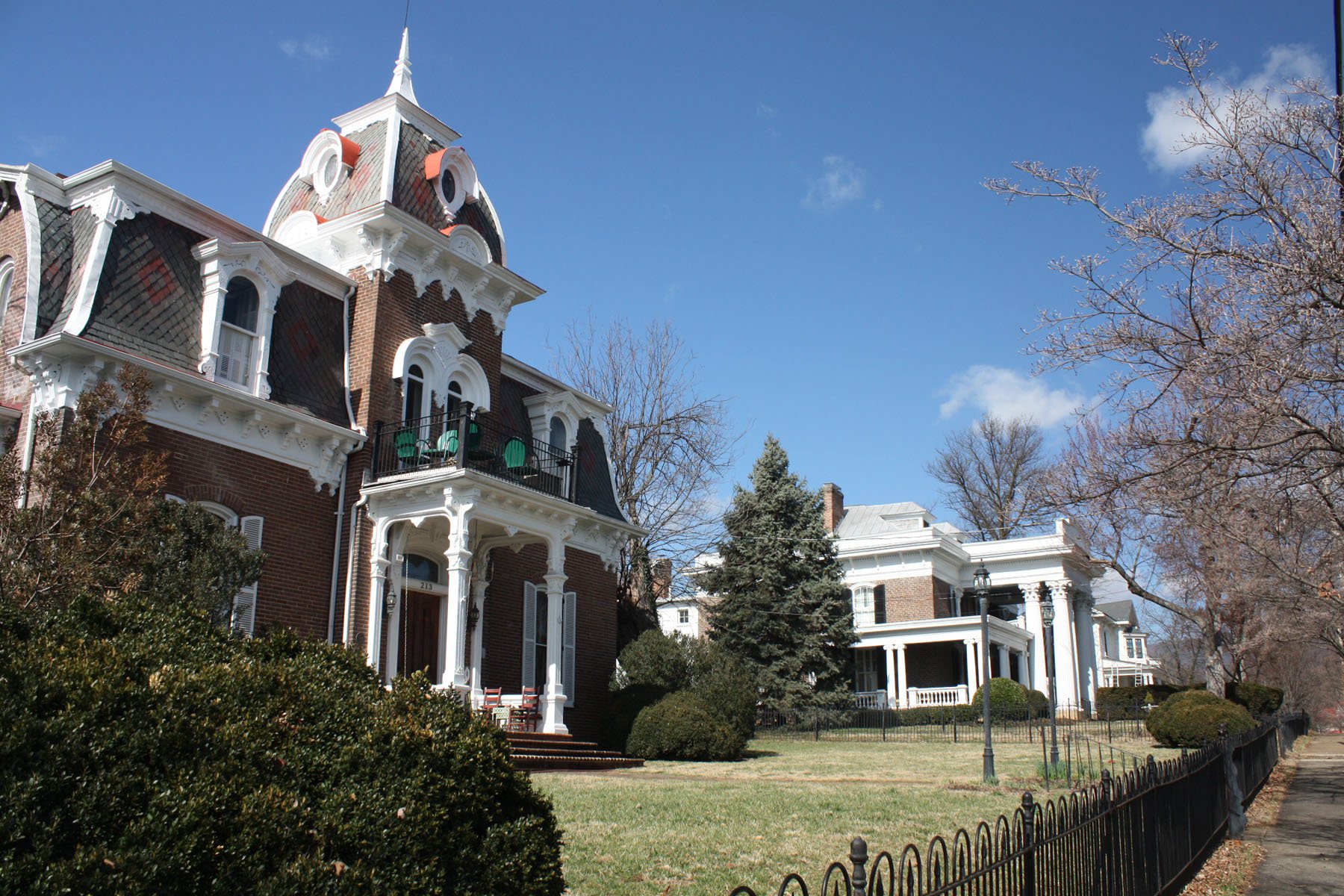 In Salem, the North Broad Street Historic District evokes the city’s economic prosperity from the 1880s to around 1950, when all the district’s lots were sold. Some of Salem’s wealthiest and most influential community members chose to reside there, such as the Evans House, pictured above and named for original owner John Evans. Many of the district’s side streets are named for the district’s influential residents. Due to its proximity to Main Street and Downtown Salem—the commercial, religious, and civic hub of the town—North Broad Street was often the first residential areas to benefit from infrastructure improvements such as paved streets, sidewalks, and electricity. Comprised primarily of residential properties ranging in date from 1867 to 2000, the North Broad Street district is characterized by substantial houses designed in a variety of popular architectural styles of the time. Despite the diversity of the residential styles such as Second Empire, Italianate, Queen Anne, Stick Style, Folk Victorian, Classical Revival, Craftsman, Colonial Revival, Tudor Revival, and Minimal Traditional, North Broad Street remains a visually cohesive district with uniform setbacks on spacious rectangular lots. Large rear yards and secondary structures further characterize the properties in the district.