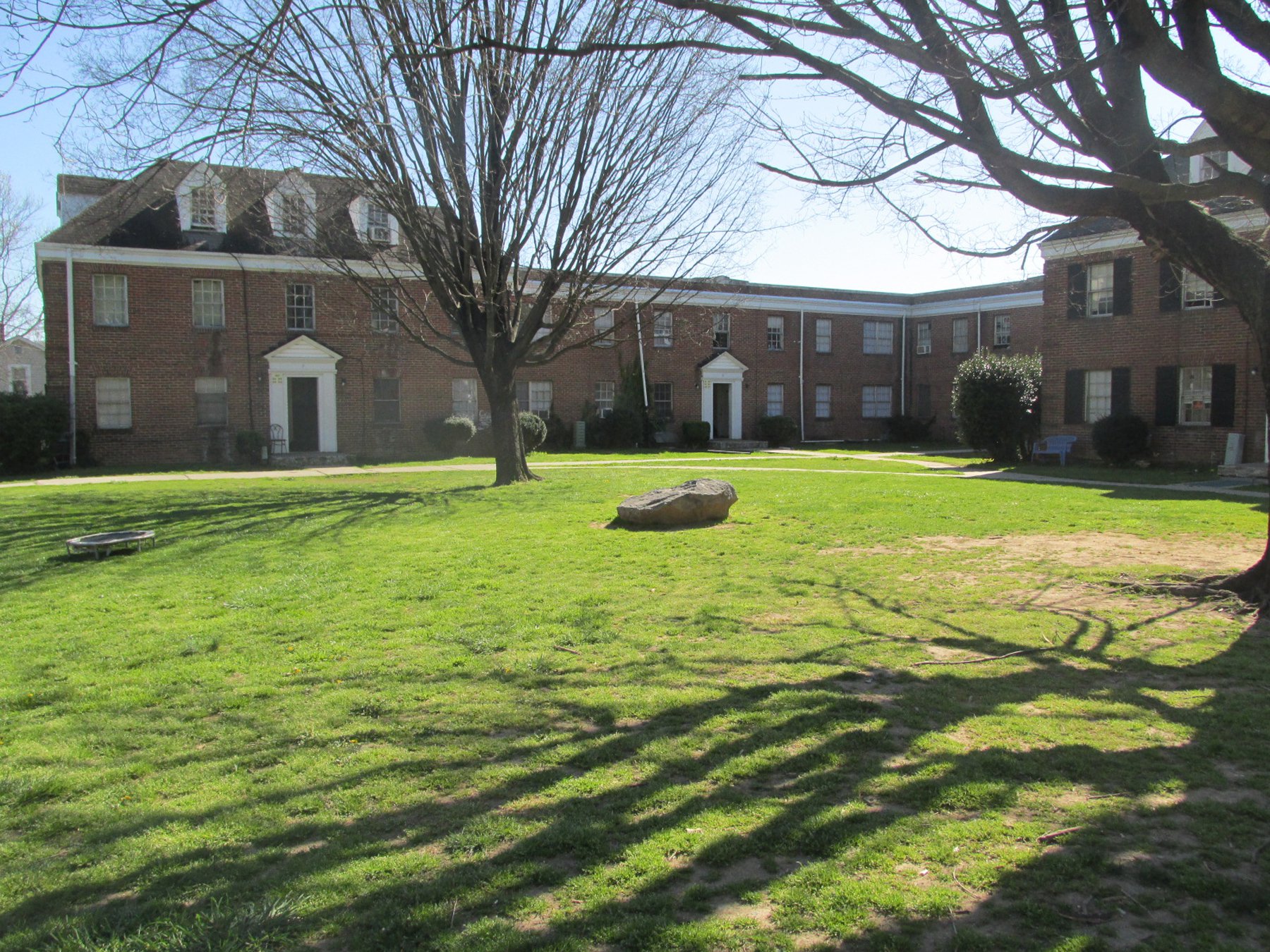 Constructed in 1949, the Colonial Revival-style Blair Apartments is an excellent example of Federal Housing Authority–sponsored garden apartments in Salem, where just two FHA-funded complexes were built in the post-World War II period between 1945 and 1950. The apartments arose in response to the area’s growing population after World War II, fueled in part by the rise of new and expanding industries in the area. The FHA’s standards for multiple-family housing, promulgated since the latter years of the Great Depression, promoted the use of the garden apartment model from the 1930s through the 1950s to provide affordable rental housing for working-class Americans and returning World War II veterans. As such, the Blair Apartments exemplifies postwar garden apartment design and today retains character-defining features promoted in FHA guidelines, such as landscaped courtyards and green spaces, natural light and air circulation, centralized laundry, and off-street parking. The building also exhibits minimal Colonial Revival attributes of the type commonly used on buildings throughout Virginia from the 1940s through the late 20th century, partly reflecting its construction as a modestly budgeted housing project intended for working class residents.