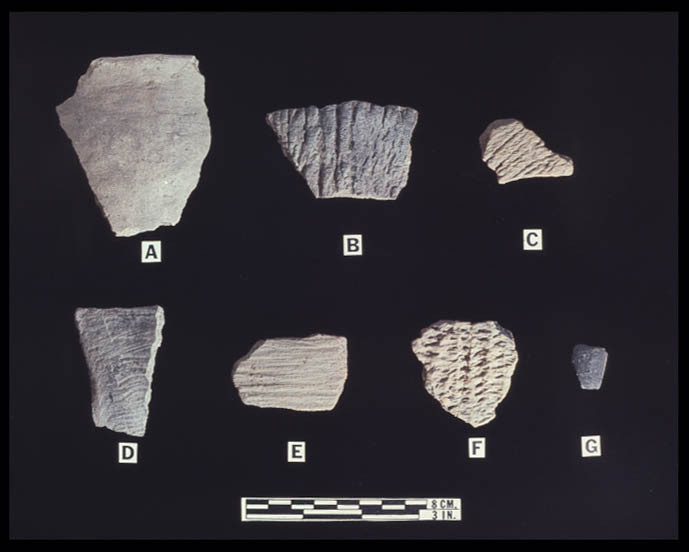 The Reedy Creek site preserves evidence of Late Archaic (2000-1000 B. C.) occupation and was the location of an Indian village between A. D. 900 and 1400. During the latter period the settlement apparently evolved from a hamlet to a concentrated, possibly palisaded village. The good state of preservation of the site’s seeds, nuts, and animal bones enhances the understanding of the Indian dietary ways in the Dan River drainage. In 1975 a limited salvage excavation by the Library of Virginia archaeologist in the path of construction, revealed post molds, house patterns, and substantial quantities of floral and faunal remains. Shown are two of the numerous late Archaic soapstone bowl fragments found here.