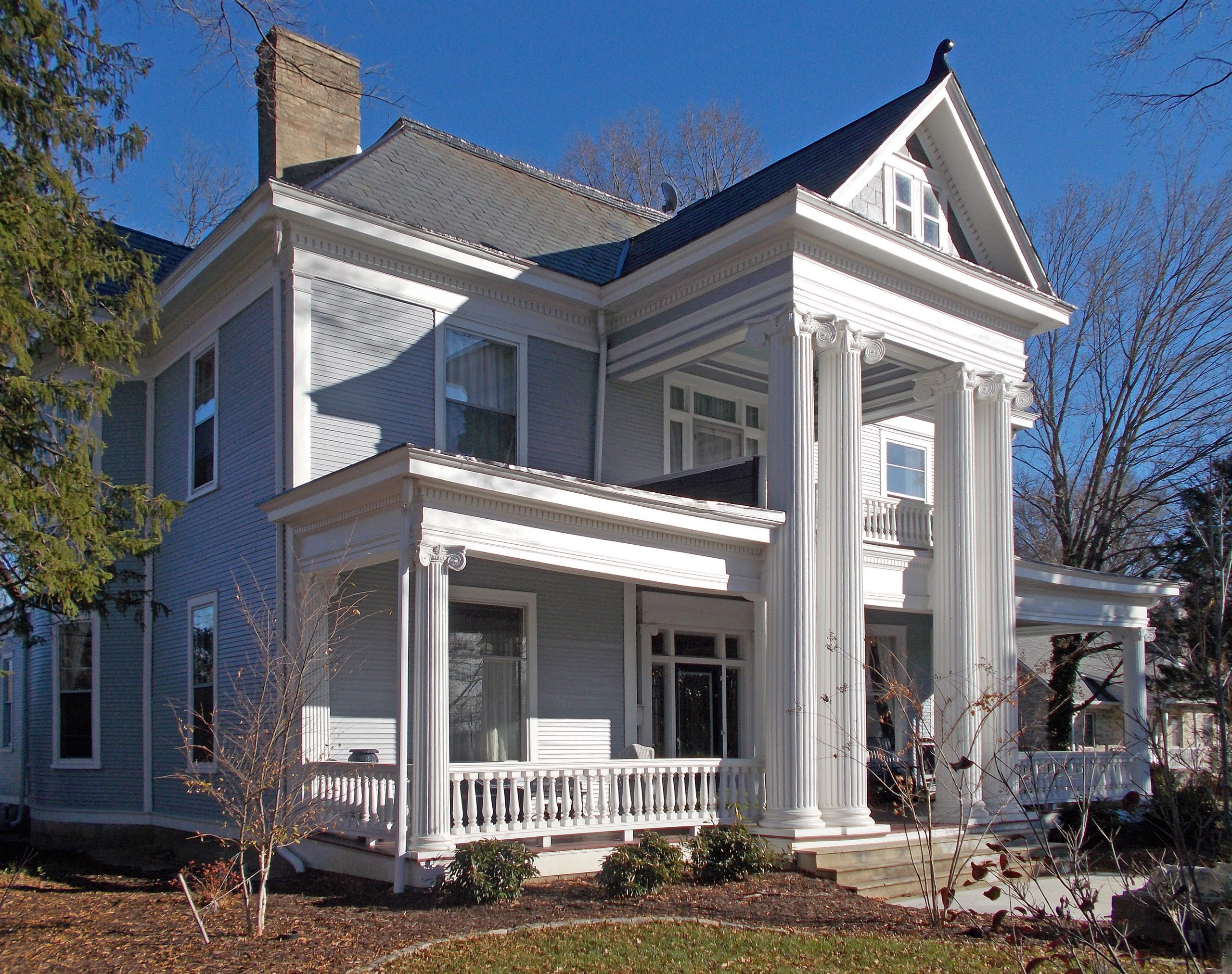 In the Halifax County town of South Boston, the Walters-Moshier House is a prominent example of the up-scale in-town residences built for the town’s bright leaf tobacco barons. The circa 1915 Classical Revival residence is distinguished by a monumental portico, bow windows, a stair hall colonnade, and mantels in a variety of classically-inspired forms. A residence for many years of Charles W. Walters, founder of an eponymously named tobacco company, the house was likely constructed by the African American contracting firm of John H. Hamilton. Contributing to the South Boston Historic District, the Walters-Moshier House is individually listed in the registers as a first-rate example of the Classical Revival style in South Boston.