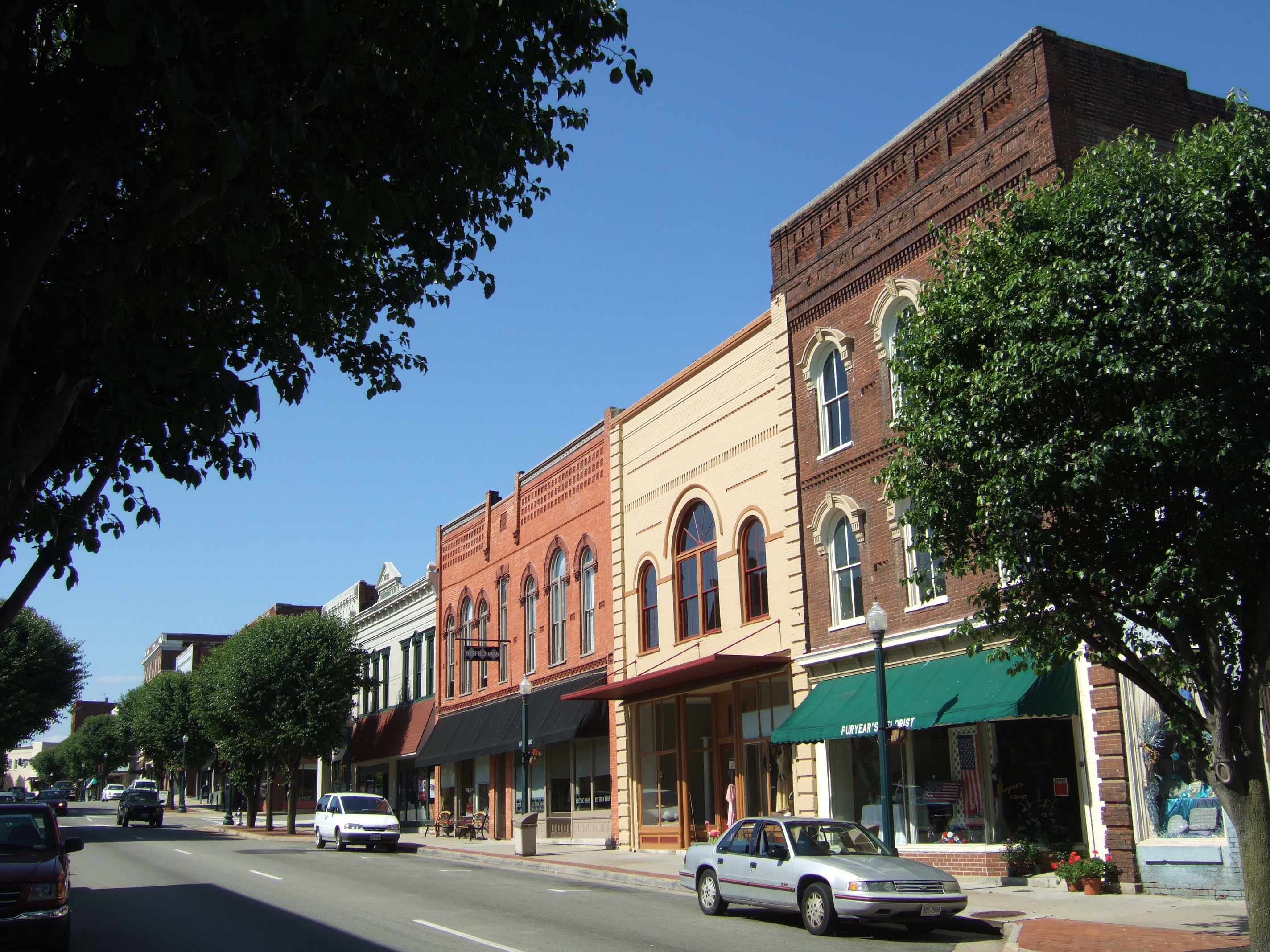 South Boston’s historic district preserves the tangible reminders of the community’s industrial, commercial, and residential development from after the Civil War to the 1930s. The town began as a railroad depot in 1854 and by the early 1900s it had become the country’s second largest bright leaf tobacco market. Spread through the downtown is a wealth of tobacco warehouses and factories along with related buildings associated with South Boston’s golden age of tobacco trading. The visual quality of the historic district’s residential area was described in Wirt Johnson Carrington’s A History of Halifax County (1924): “The streets are bordered with beautiful homes, large and small, old and new; some with extensive grounds ornamented with shrubs and flowers, others with greensward and forest trees, decorative plots of beauty everywhere, each vying with the other in attractiveness. . . ”

In 2009, the district boundary was extended to include properties associated with the town’s residential and industrial expansion in the mid-20th century, including neighborhoods significant to the town’s African American history. As such, the boundary increase extended the district’s period of significance to 1958.
[VLR Listed: 12/18/2008; NRHP Listed: 6/11/2009]