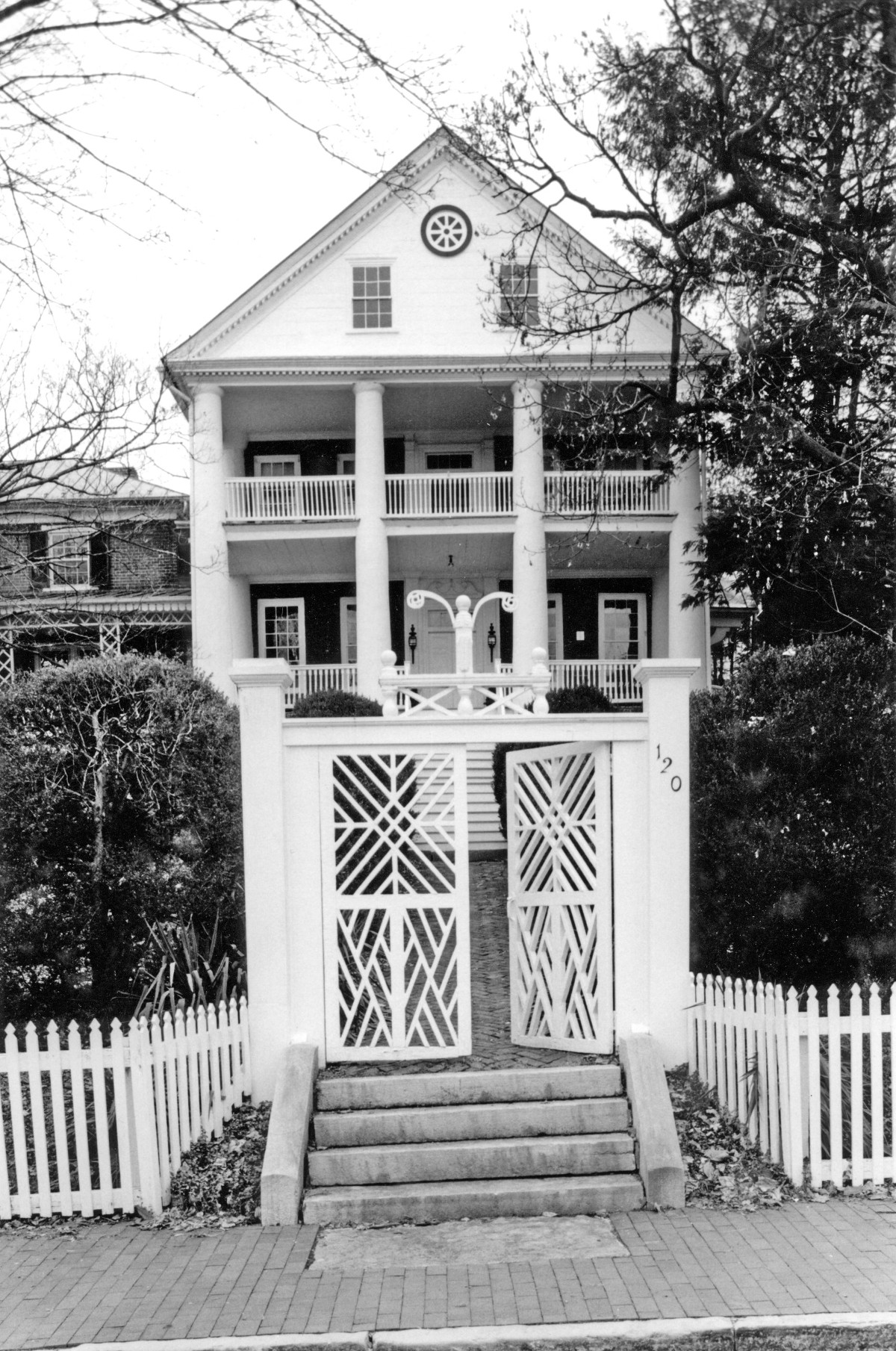 Archibald Stuart’s imposing 1791 house is one of Virginia’s earliest expressions of the Classical Revival mode popularized by Thomas Jefferson. Its temple form and two-story portico broke with tradition and followed a format that was to be used for many houses and public buildings in subsequent decades. Stuart, a Virginia legislator and judge, was a close friend of Jefferson, and family tradition has it that Jefferson suggested the design. That Jefferson was its architect is unlikely for the naive interpretation of the classical forms, especially the portico, is inconsistent with Jefferson’s strict adherence to Roman precedent. Contrasting with the somewhat austere exterior is richly carved interior woodwork. On the grounds are a rare original Chinese lattice gate and Stuart’s gambrel-roof office. Stuart’s son, Alexander H. H. Stuart, who was born in the house in 1807, was secretary of the interior under Millard Fillmore.