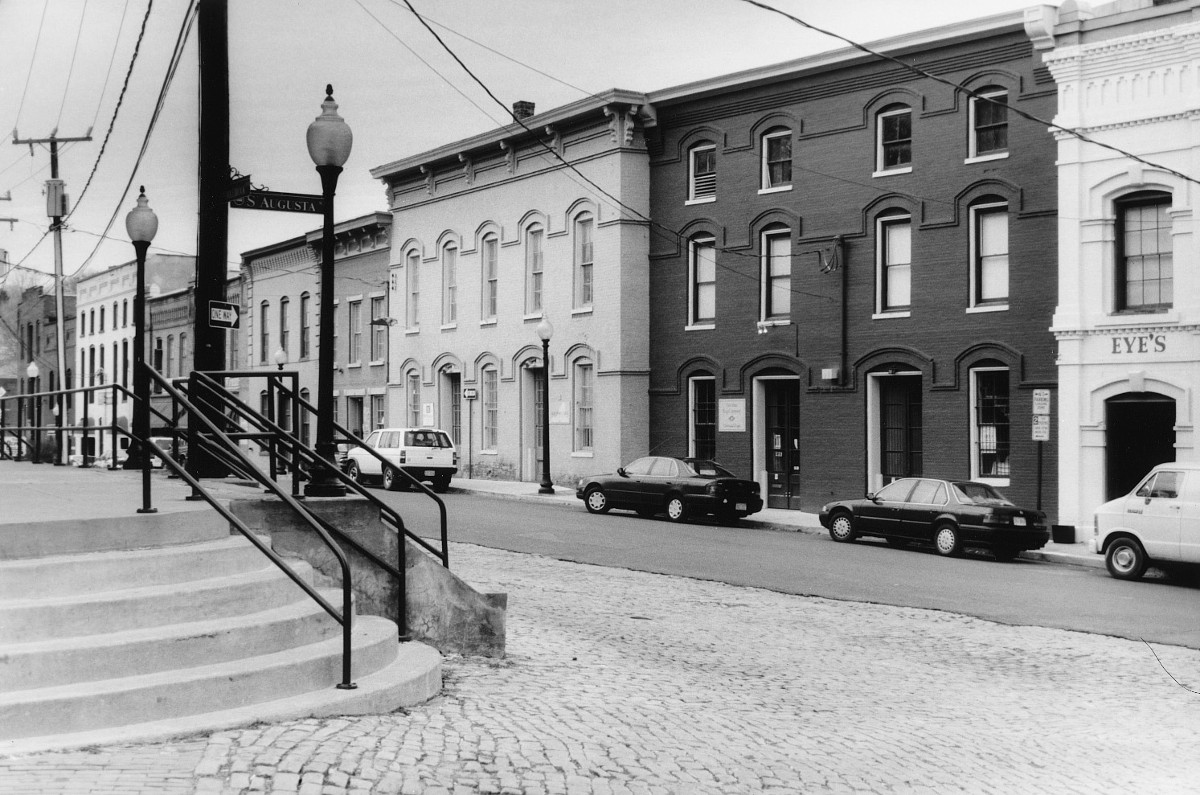 The completion of the Virginia Central Railroad to Staunton in 1854 made this Valley community an active shipping point. The area around the depot, along Middlebrook Avenue, became a busy commercial area, its importance signaled by the construction of the extant Greek Revival American Hotel in 1857. The colorful range of warehouses lining the tracks today date mostly from the last quarter of the 19th century and served commission merchants, wholesale grocers, saloon keepers, and liveries. The district’s eastern end is marked by the turn-of-the-century White Star Mill, now remodeled as a restaurant. The small but well-defined neighborhood has been the scene of considerable preservation activity which has protected its character and enhanced the economy of downtown Staunton. The area was named the Wharf because it was a shipping point; there is no body of water.