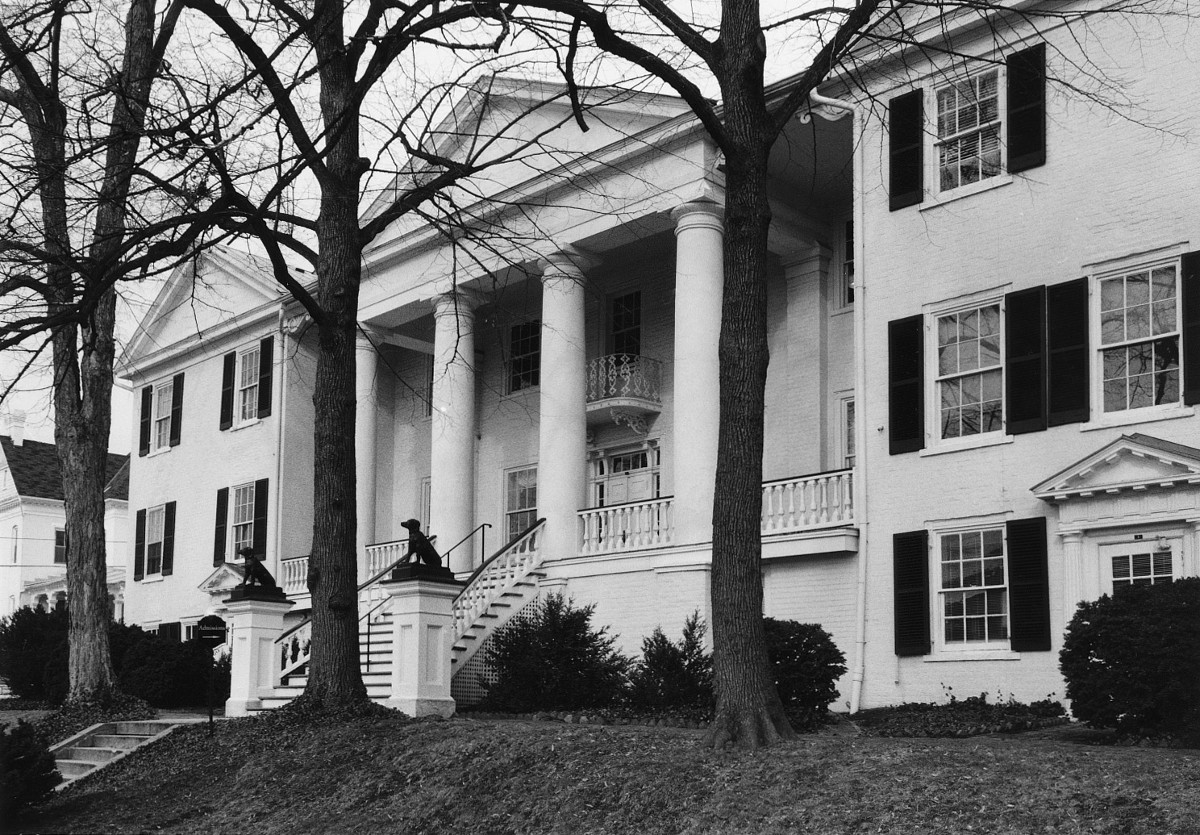 Established in 1842 by the Rev. Rufus W. Bailey as the Augusta Female Seminary, Mary Baldwin College is the nation’s oldest women’s college affiliated with the Presbyterian Church. Construction of its first building, now the Administration Building, was completed in 1844, and wings were added in 1857. With its Doric portico and cream-painted brick walls, the Greek Revival edifice established an architectural image that the school has maintained for more than 150 years. Mary Julia Baldwin was principal in the difficult years following the Civil War. She introduced a university-level curriculum, and was called “the best businessman in Staunton.” The school prospered under her direction and was renamed in her honor in 1895. The building, now housing the office of the president and other administrative offices, underwent restoration in 1997-98.