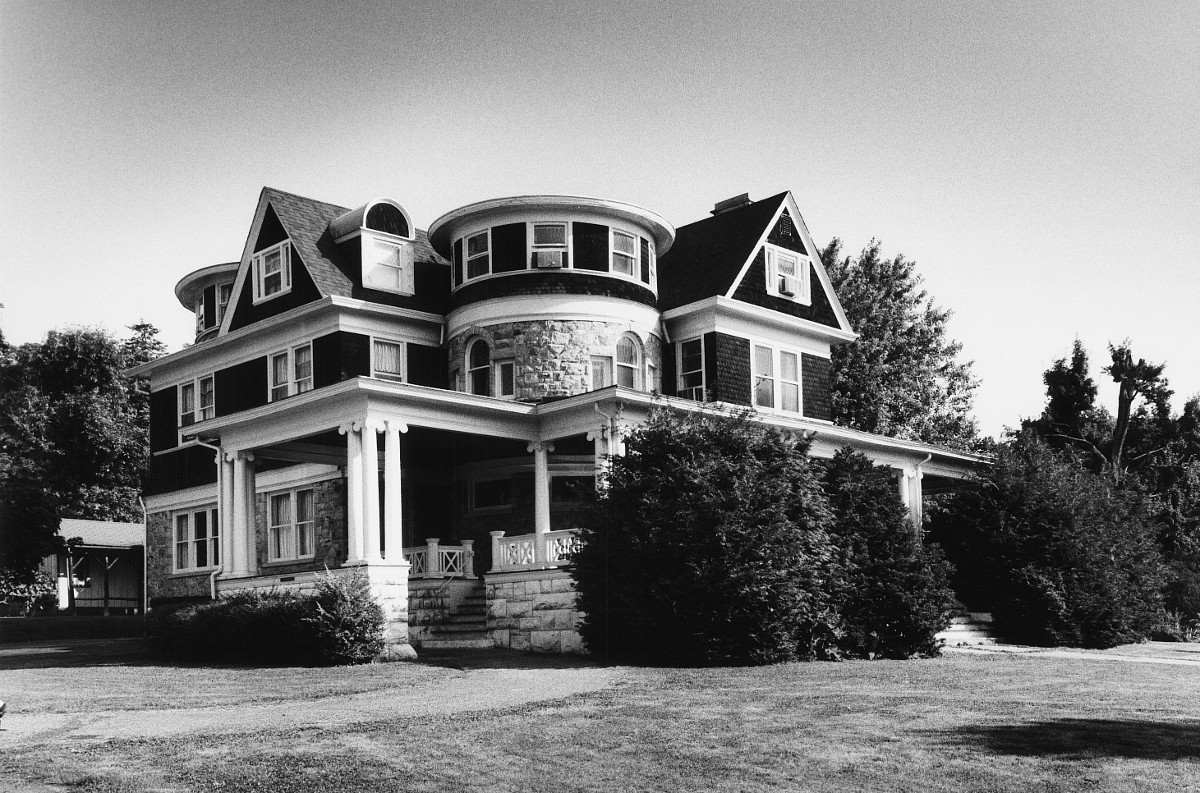 The prosperity of Staunton’s boom years at the turn of the century is confidently displayed in Breezy Hill, one of the most ambitious and articulate of the large houses of the period scattered through the city. Incorporating fine materials and craftsmanship, the irregularly massed suburban villa of some thirty rooms is a knowing blend of the Queen Anne and Shingle styles—late Victorian modes favored by the nation’s upper class. The exterior combines limestone, fieldstone, and shingled surfaces. The house was begun ca. 1896 for Mrs. Thomas B. Grasty and completed in 1909 after many changes by the owner during construction. It was designed by T. J. Collins, the city’s leading architect for several decades. While many of its contemporaries across the country have succumbed to demolition, Breezy Hill has been successfully adapted for alternative uses.