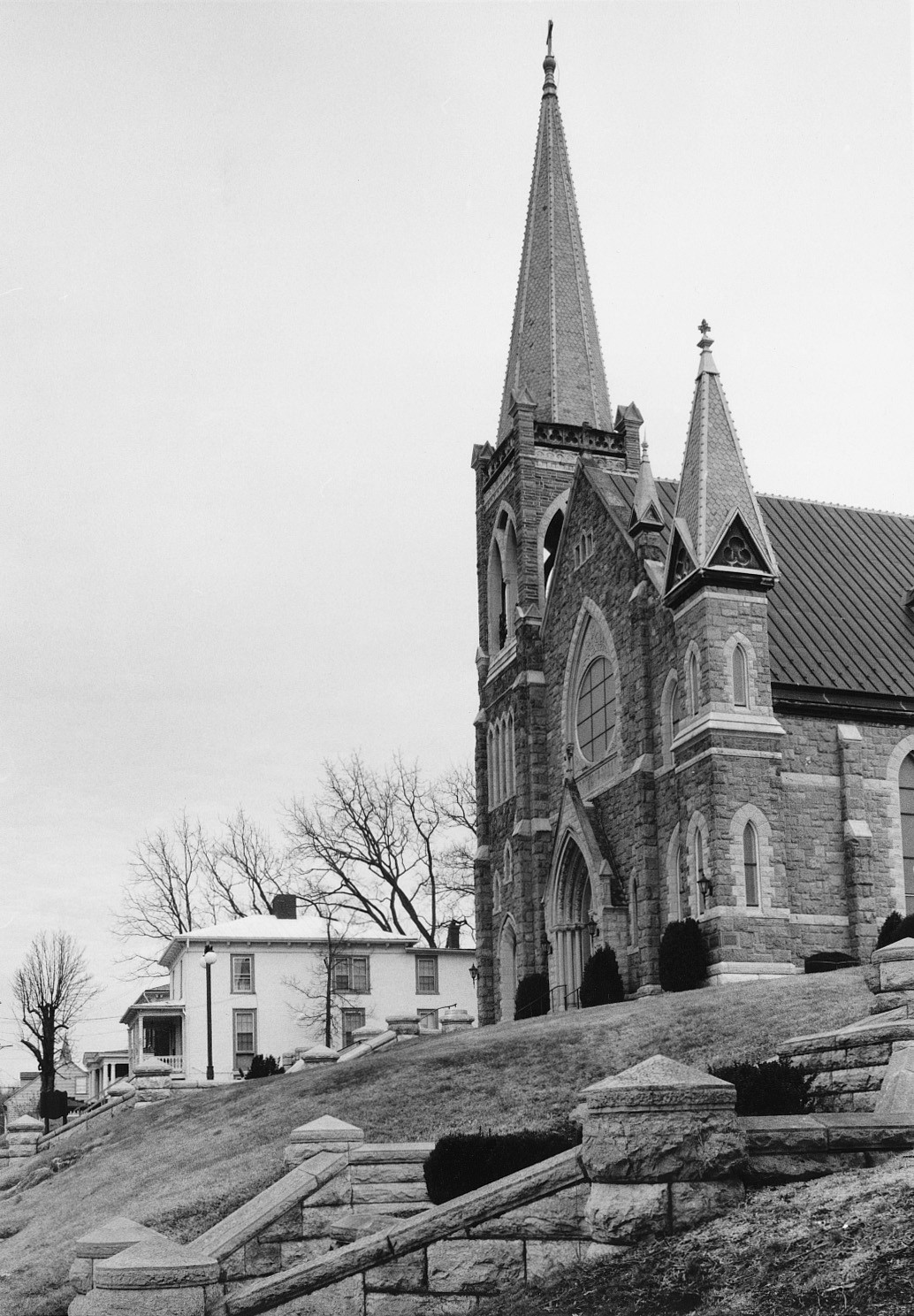 The Stuart Addition Historic District generally conforms to a tract deeded to the city of Staunton in 1803 by Judge Archibald Stuart. The neighborhood developed gradually but steadily and was well established by the Civil War. As with all of Staunton’s older areas, it experienced greatest growth from the 1870s to World War I. The Stuart Addition Historic District thus has great diversity of both architectural styles and forms. Intermingled with some of Staunton’s oldest residences, some dating before 1825, are characteristic examples of later styles such as Italianate, Queen Anne, and Georgian Revival. All but a fraction of its 105 structures are contributing ones. Traditionally a racially-mixed neighborhood, the district contains three historically African American churches and a 1915 black elementary school. A principal architectural landmark is the Victorian Gothic-style St. Francis of Assisi Roman Catholic Church, designed by Staunton architect T. J. Collins.