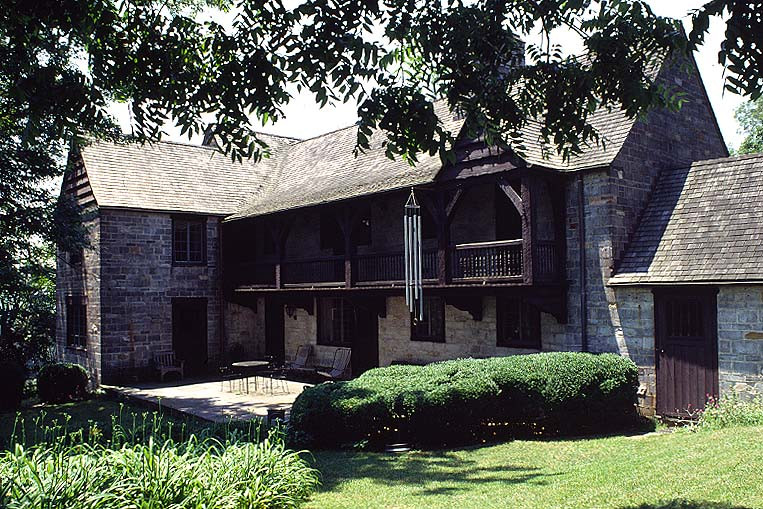 Cobble Hill sits on 196 acres within the city limits and consists of a well-preserved complex of late-19th-century agricultural buildings and an architecturally significant early-20th-century owner’s residence, as well as two tenant farms. The property is significant for architecture and agriculture. The principal building is a two-and-a-half-story masonry house with a steep gabled roof and half-timbered accents that Staunton architect Sam Collins designed in the Tudor Revival and French Eclectic styles in 1936. A summerhouse and a cistern-topped tower were designed by Collins and constructed at the same time in keeping with the house. The grounds feature a formal garden and pond along with a late-19th-century frame dairy and feed barns located near the house. The gambrel-roofed barn, built in 1937, is the first barn that Sam Collins designed. The farmland continues to be used for agriculture.