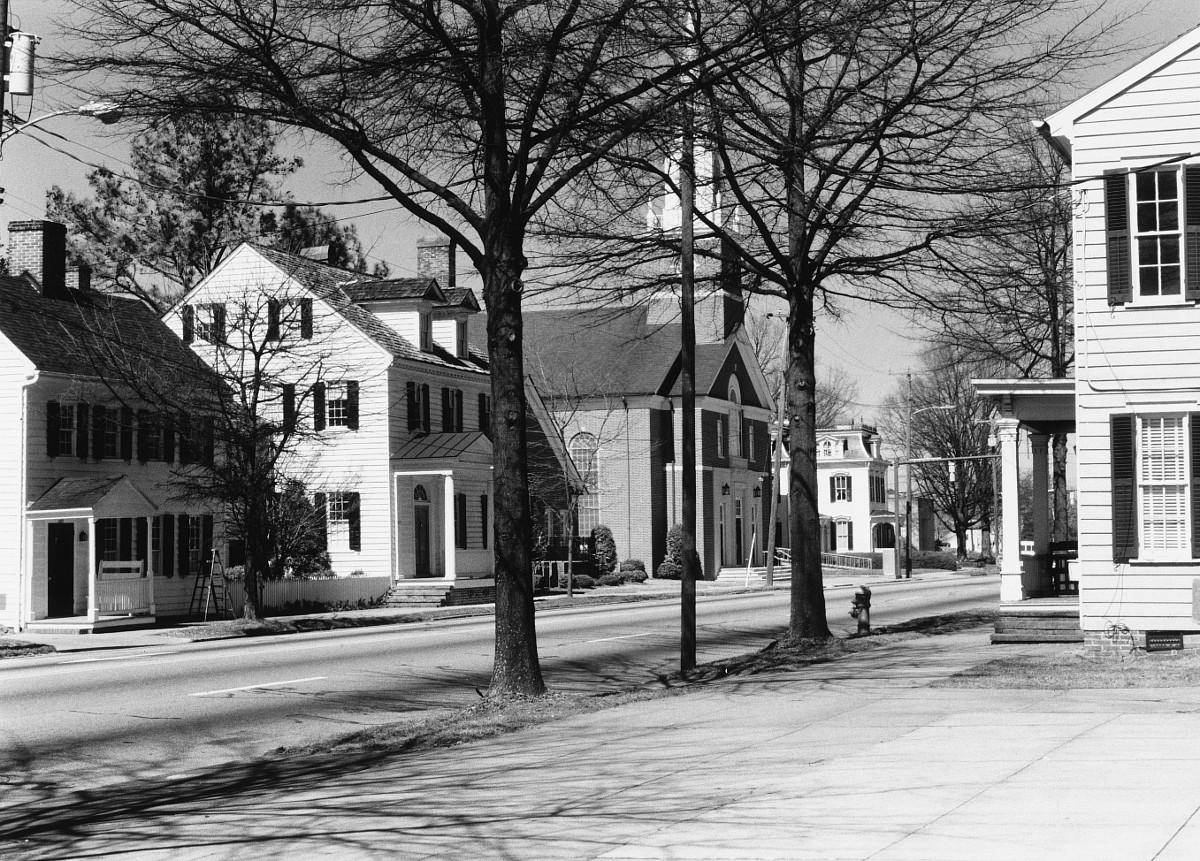 Although modern Suffolk now includes Nansemond County, the original city is a historic Tidewater community with an individual identity. Established in 1742, Suffolk grew as a port on the Nansemond River trading in wood products from the Dismal Swamp. The commercial center was destroyed by the British during the Revolution and again was swept away in an 1837 fire. The majority of the earliest buildings are Federal-period frame residences north of the downtown. Significant growth, facilitated by the railroads, occurred after the Civil War. Suffolk later became home of the nation’s largest peanut industry. While encompassing the earlier houses on North Main Street, the historic district is primarily a large residential area known as New Town. Its streets are tightly packed with a rich mixture of over 200 late 1800s and early 1900s houses in a variety of styles, a reflection of the city’s prosperity at that time.