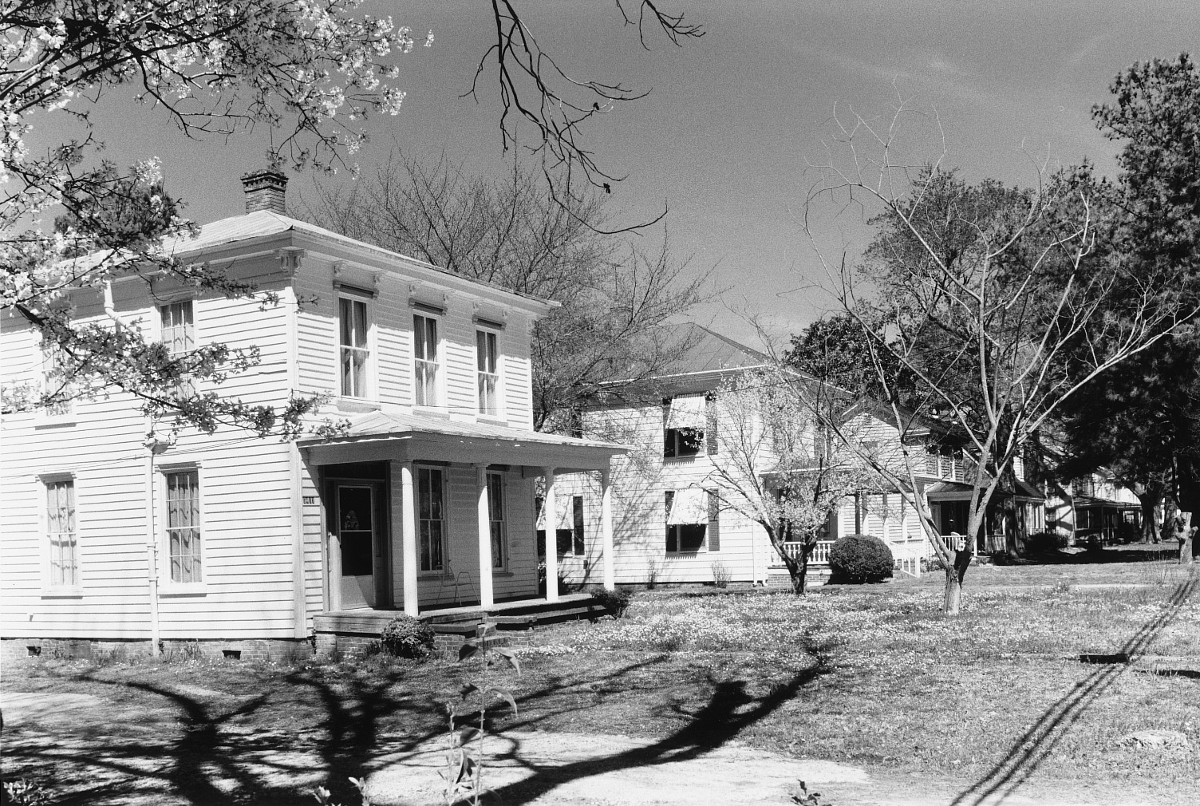 Whaleyville’s some 100 contributing structures are mainly stretched along U. S. Route 13 (Whaleyville Boulevard), in the southern end of what was Nansemond County, now the city of Suffolk. Whaleyville was named after Samuel Whaley, who purchased a farm here in 1877 and established a sawmill. Major development came after Whaley sold his timber rights to the Jackson Brothers of Maryland. Most of the subsequent dwellings were built for timber industry employees. The architectural fabric reflects the town’s boom years, 1880-1920, and consists mostly of residences. The modest houses, nearly all frame, are a mixture of vernacular types common to the region. Each house generally has an individual character; the repetitive quality of Northern mill-town housing is lacking. Whaleyville’s three churches, built between 1870 and 1920, are all vernacular Gothic buildings. The town’s period of ascendancy ended when the Jackson Brothers lumber business closed in 1919.