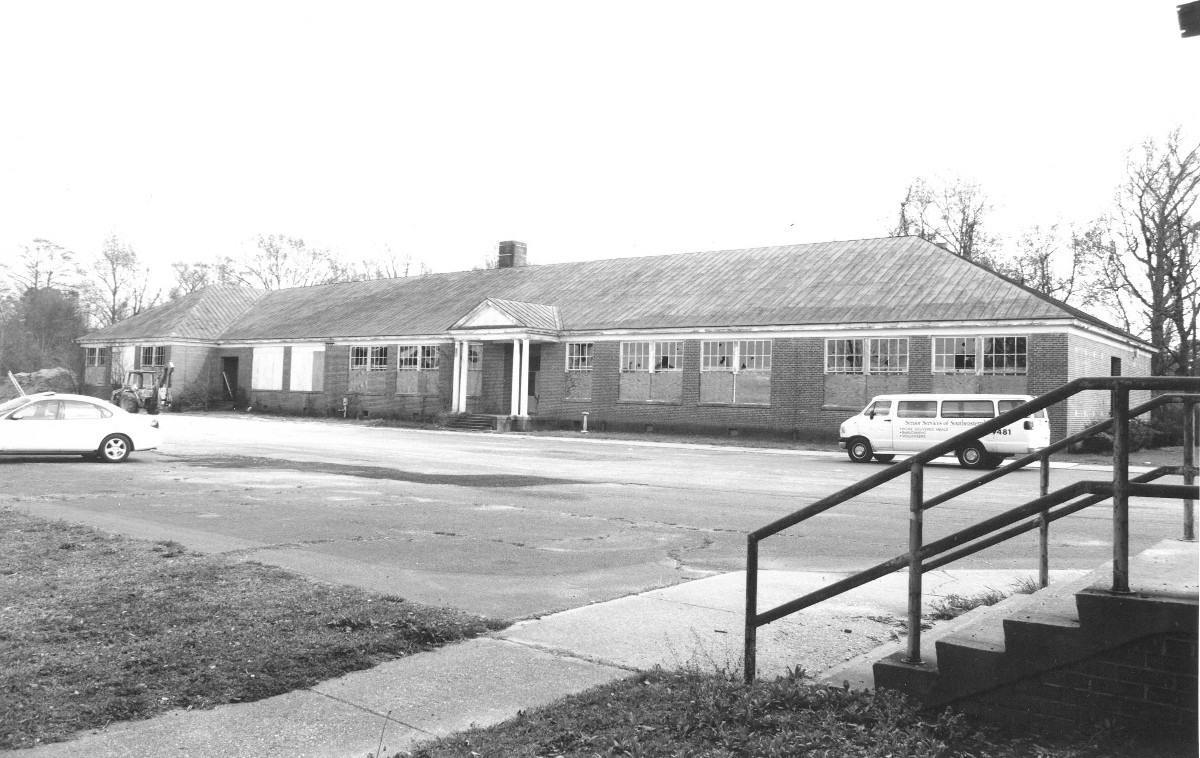 The East Suffolk School Complex is a series of three contributing buildings and two non-contributing sites. The elementary school, a one–story Colonial Revival brick building with a central auditorium flanked by classrooms, was constructed in 1926. Made possible through the Rosenwald Fund, the school was constructed to support the growing population of African American school children residing in the surrounding East Suffolk community. The high school, which followed in 1938-1939 using a design from the State Board of Education, was constructed with money granted to the state through the federal government’s “Pump Priming Program.” The gymnasium, the final contributing building, constructed in 1951, is a Moderne-style building of concrete. Two non-contributing sites include the foundations of the former home economics and agricultural buildings. This complex served the African American population of East Suffolk until new schools were built in the 1960s.