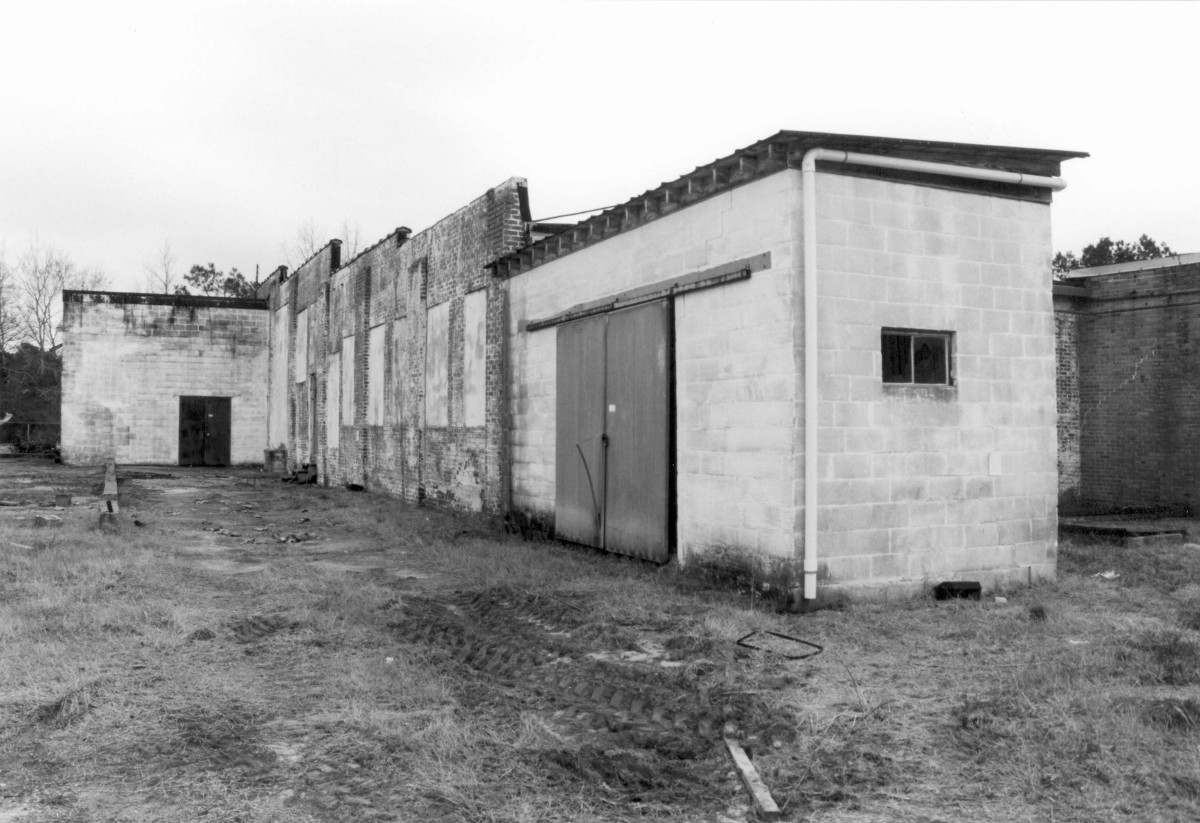 The plain cinderblock building in Suffolk that once housed the pork processing operation of Joel E. Harrell and Son Company was built in 1941. Such facilities were once common in agricultural communities of southeastern Virginia and largely dependent on local hog stock for processing. The Harrell family-owned business, which specialized in ham and sausage products, was one of the most prominent of six commercial pork processing facilities in the region by the beginning of the 1940s. The company’s signature “Ye Old Virginny Ham” became well known throughout the state and the mid-Atlantic region as a representative of the Virginia ham tradition. Virginia hams first gained their savory reputation as early as the mid-18th century when they began to be exported. The Harrell building derives its significance as a mid-20th-century vestige of this tradition that—along with the region’s peanuts— played such a significant role in southeast Virginia’s identity and economy for centuries.