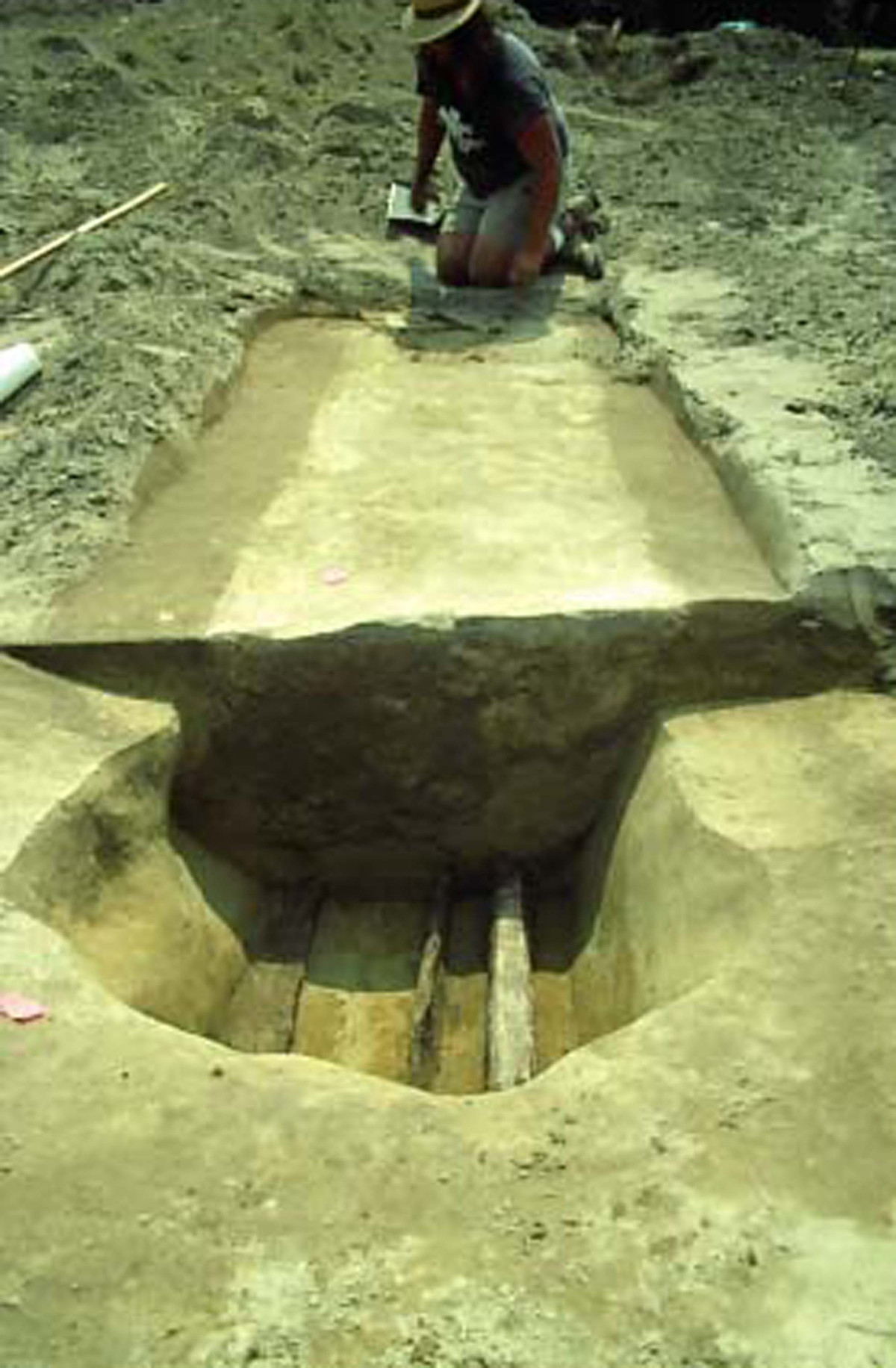 The Knotts Creek/Belleville Archaeological Site contains highly valuable information for Native American and early English settlement in this area of present-day Suffolk. Well-preserved archaeological deposits dating to the Middle and Late Woodland periods (ca. 500 B.C–A.D. 1600) likely represent a seasonally occupied base camp. This could yield significant information about Native American life ways, including the origin of sedentism in coastal Virginia and the rise of the Nansemond chiefdom, part of the Powhatan paramount chiefdom and among the last Indians in the James River area to be dominated by the English. The site also contains deposits associated with an extremely rare English enclosed settlement of the second quarter of the 17th century, one of the earliest expansions out of Jamestown into Nansemond territory. English settlement on the site apparently preceded the erection of the palisade enclosure, which was likely built later for defensive purposes. The settlement may have been enclosed in response to hostilities that broke out between the English and the Powhatans in 1644, making the site, through its various deposits, representative of both the rise of the powerful Nansemond chiefdom and its gradual decline under the English.