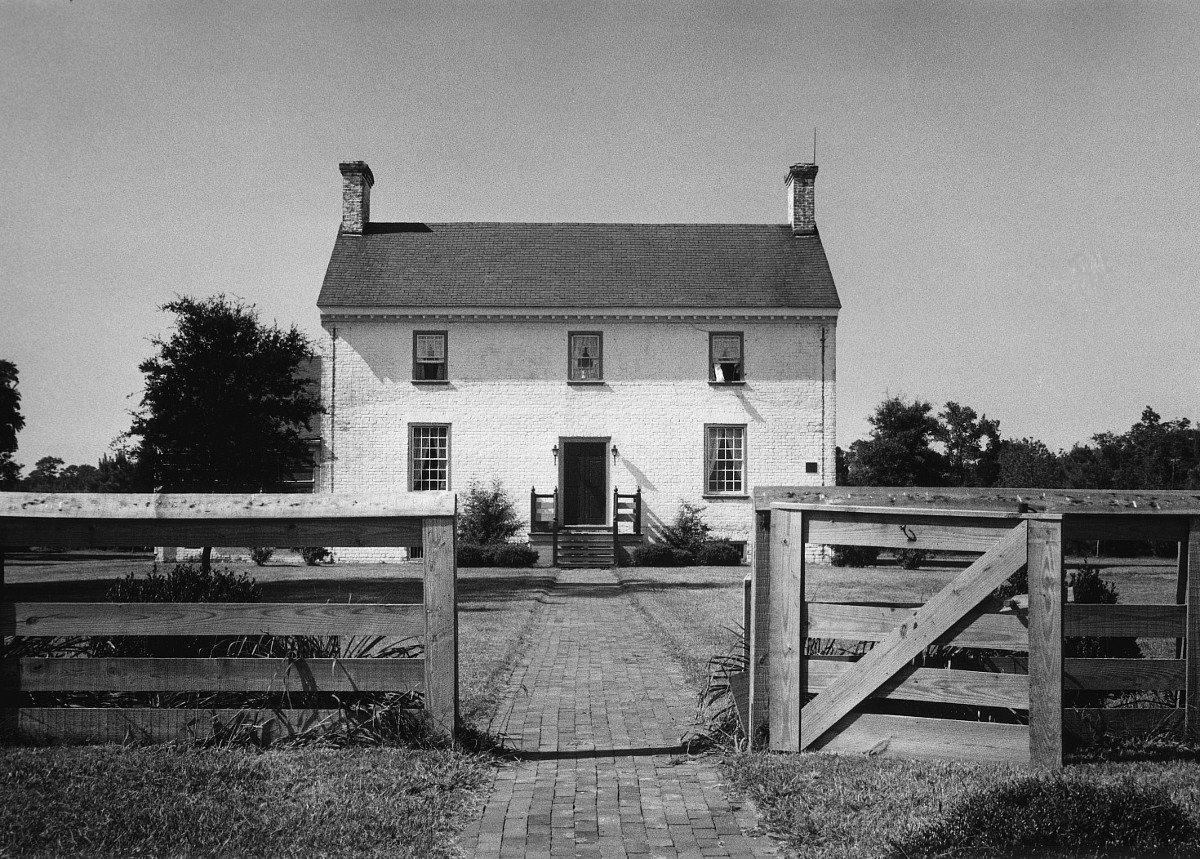 Maj. Thomas Walke’s will of 1759 bequeathed to his son Thomas a plantation house described as being under construction, a house presumed to be this brick dwelling. During the Revolution the younger Thomas Walke served as one of Princess Anne County’s two delegates to the Virginia convention which ratified the United States Constitution. Features of Walke’s house parallel those in several other colonial houses of the area. The double-pile plan with a corner staircase is similar to Pleasant Hall. The style of the paneling, bereft of molding, seems to be a regional type. Known for many years as Brick House Farm, the property has been called by its present name since 1939, derived from Wolfsnare Creek, which ran nearby until obliterated by the Virginia Beach Expressway. The house has been in the custodianship of the Princess Anne Historical Society since 1966.