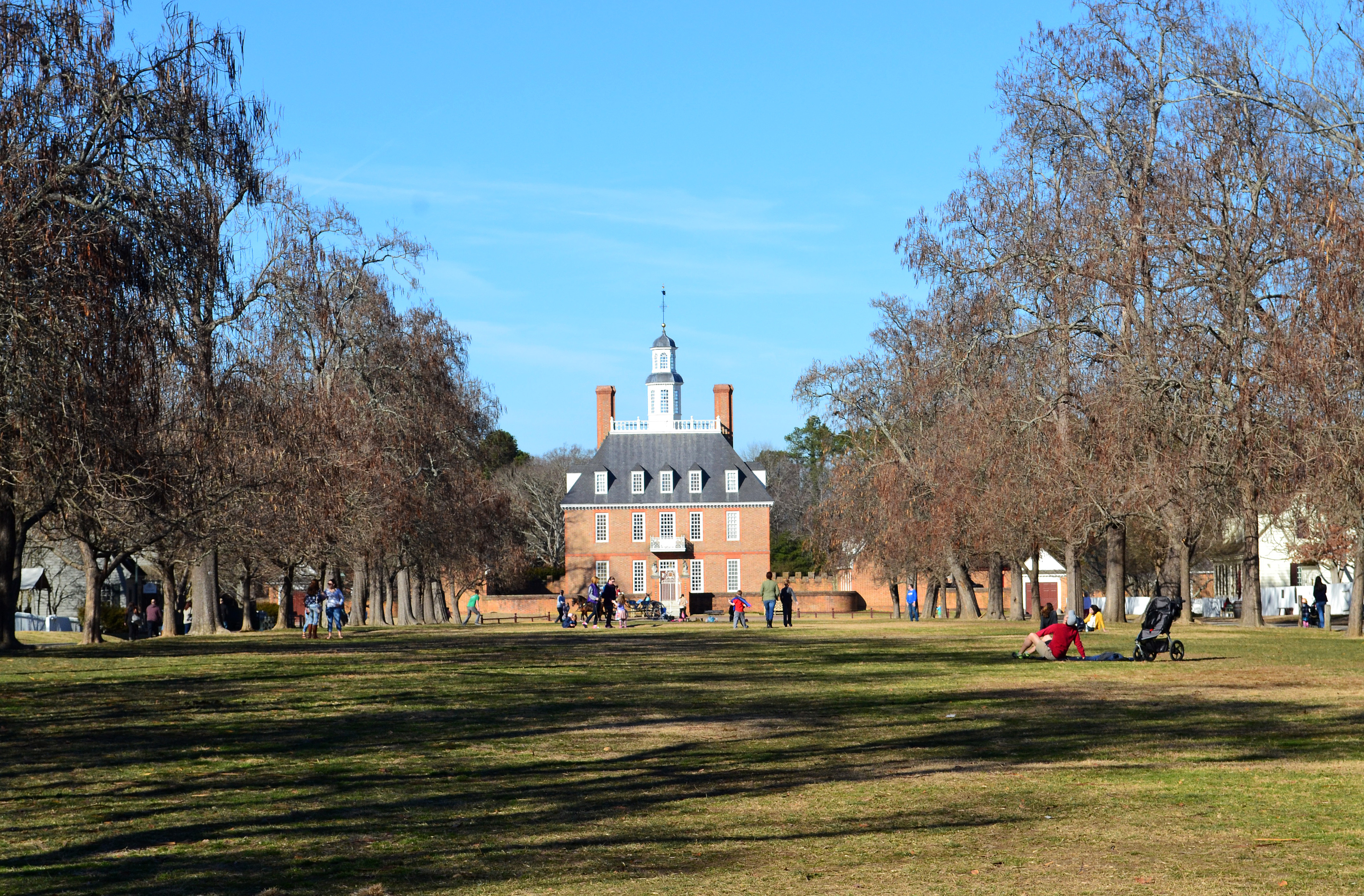 Williamsburg served as the capital of the Virginia colony from 1699 until 1776 and as the capital of the Commonwealth of Virginia until 1780. Laid out by Governor Francis Nicholson, Williamsburg was one of North America’s first planned towns. In its golden era Williamsburg was the colony’s social and cultural center, and its institutions included the College of William and Mary and the Public Hospital. Virginia’s political leaders, George Washington, Thomas Jefferson, and Patrick Henry among them, began discussions in Williamsburg that led the Old Dominion to revolution. After removal of the capital Williamsburg fell dormant until the late 1920s when restoration of its colonial appearance was undertaken with the support of John D. Rockefeller, Jr. Over eighty colonial buildings have been restored, and numerous others reconstructed by the Colonial Williamsburg Foundation. The project has long set a national standard for architectural scholarship, historic preservation, and museum interpretation. The daily life of 18th century African Americans is an important part of the Colonial Williamsburg Foundation’s interpretation of Virginia’s colonial capital to visitors. Close to half of Williamsburg’s 1775 population, nearly a thousand people, were slaves.