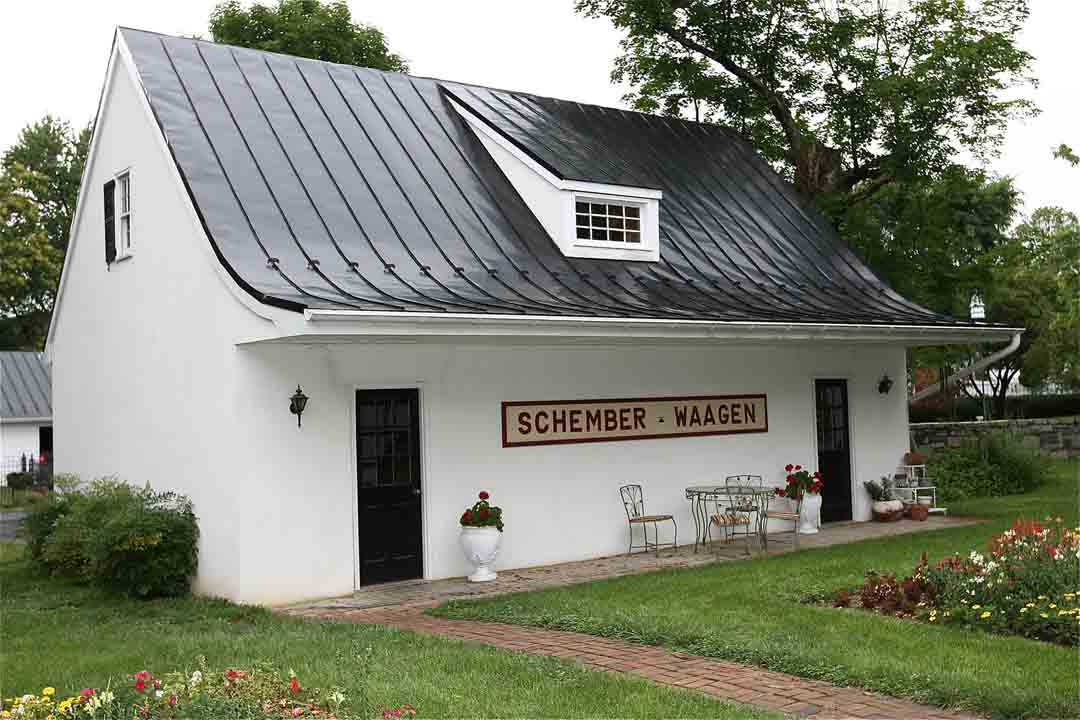 The earliest part of the Daniel Morgan House in Winchester is timber frame, constructed in 1786 for merchant George Flowerdew Norton. Later owned by Morgan, a Revolutionary War general who lived there until his death in 1802, the house underwent successive expansions around 1800, 1820, 1885, and 1915, eventually resulting in a late Georgian-style 17-room, two-and-a-half story residence. The house served as a hospital during the Civil War, and in 1865 owner Eleanor Boyd convened a group of local women there to designate June 6 as Confederate Memorial Day. They also developed plans for the city’s Confederate cemetery. In the latter part of the 19th century, the back ell of the house was used for a school, whose students included the future Admiral Richard E. Byrd and Governor and Senator Harry F. Byrd, Sr.