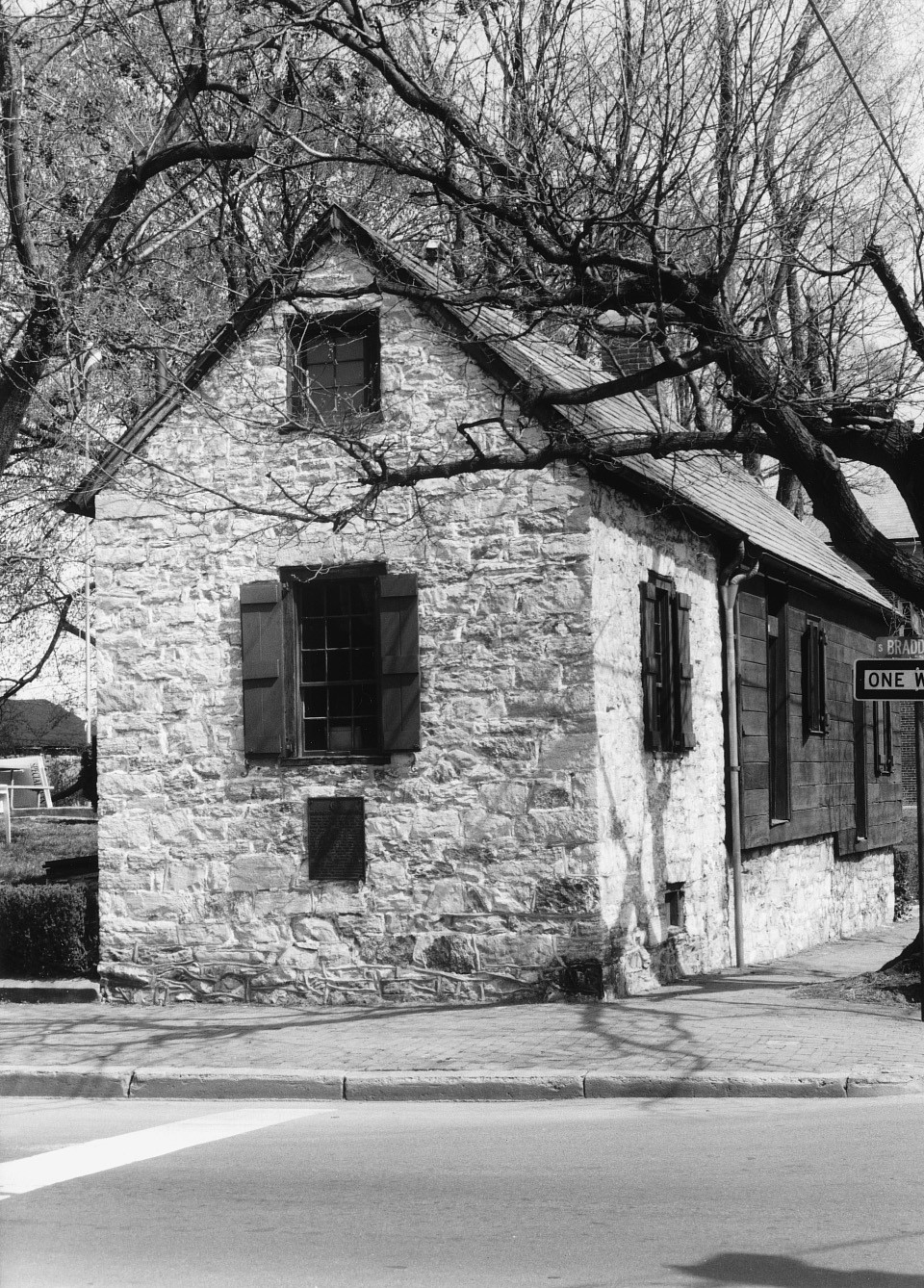 Employing frame, log, and stone construction, this stern building is one of the oldest structures in Winchester. The frame center portion likely was standing in 1764 when Thomas Rutherford occupied the lot. Persistent local tradition has it that it was used by George Washington as a surveyor’s office in 1749-52 and that it later was his headquarters in 1756-57 when he supervised the construction of Fort Loudoun, a frontier defense work. Washington’s associations with the property are not documented, but the strong belief in the connection has made the structure a relic of 19th-century patriotic Washington lore. A factual occupant is Adam Kurtz, one of Daniel Morgan’s riflemen, who bought the building from Rutherford in 1778. The stone section appears to be 18th-century, while the log portion is probably early-19th-century.