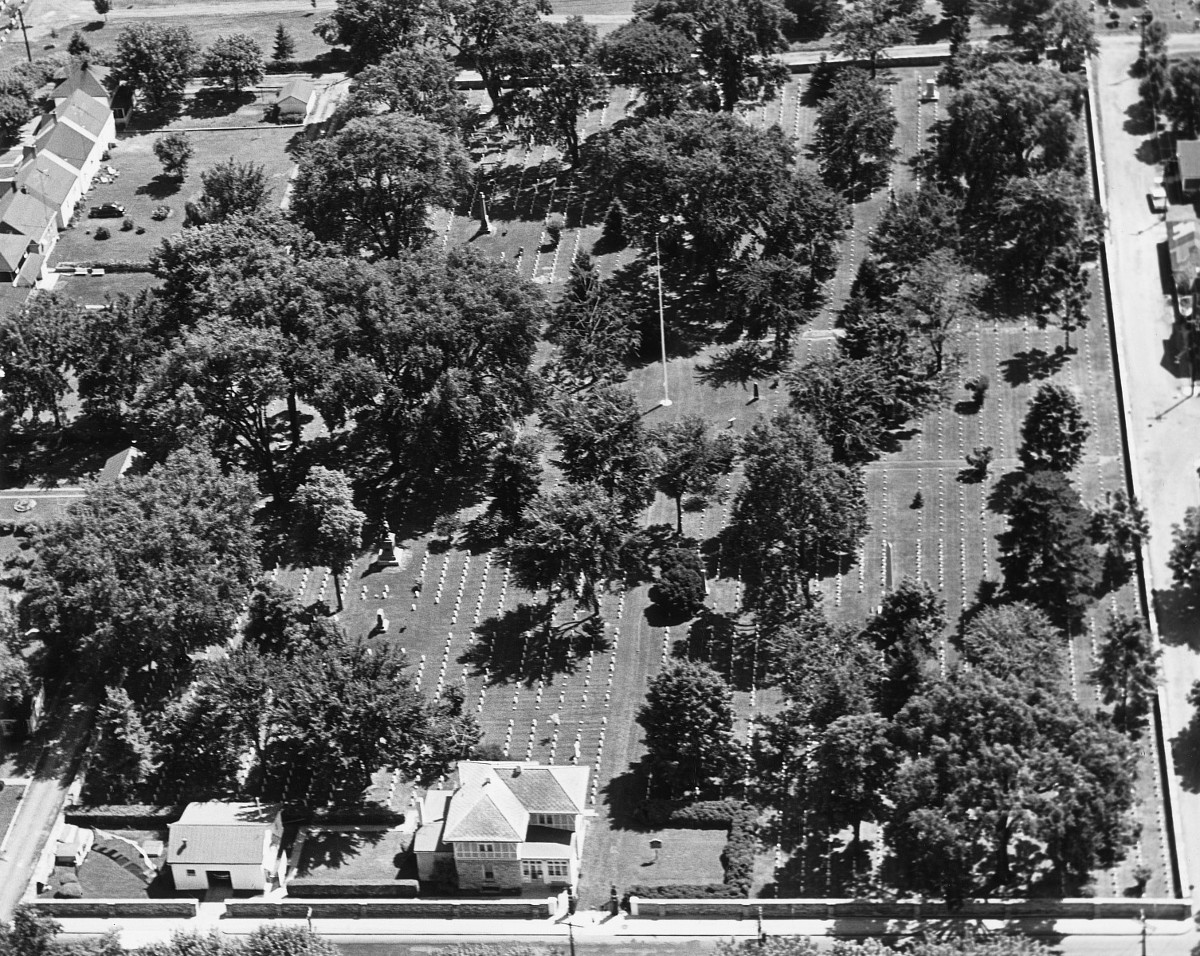 The Winchester National Cemetery was established on April 9, 1866, and contains more than 5,400 graves of United States soldiers. The cemetery is notable for its fourteen commemorative monuments dedicated to Union regiments that fought in the Shenandoah Valley battles of 1862-1864. After the war, Union dead were reinterred from their temporary burial sites in the Valley as well as from the West Virginia towns of Harpers Ferry, Martinsburg, and Romney. The superintendent’s lodge was built in 1871 as a one-story stone structure from a design by Quartermaster General Montgomery C. Meigs. The frame second floor was added about 1914.