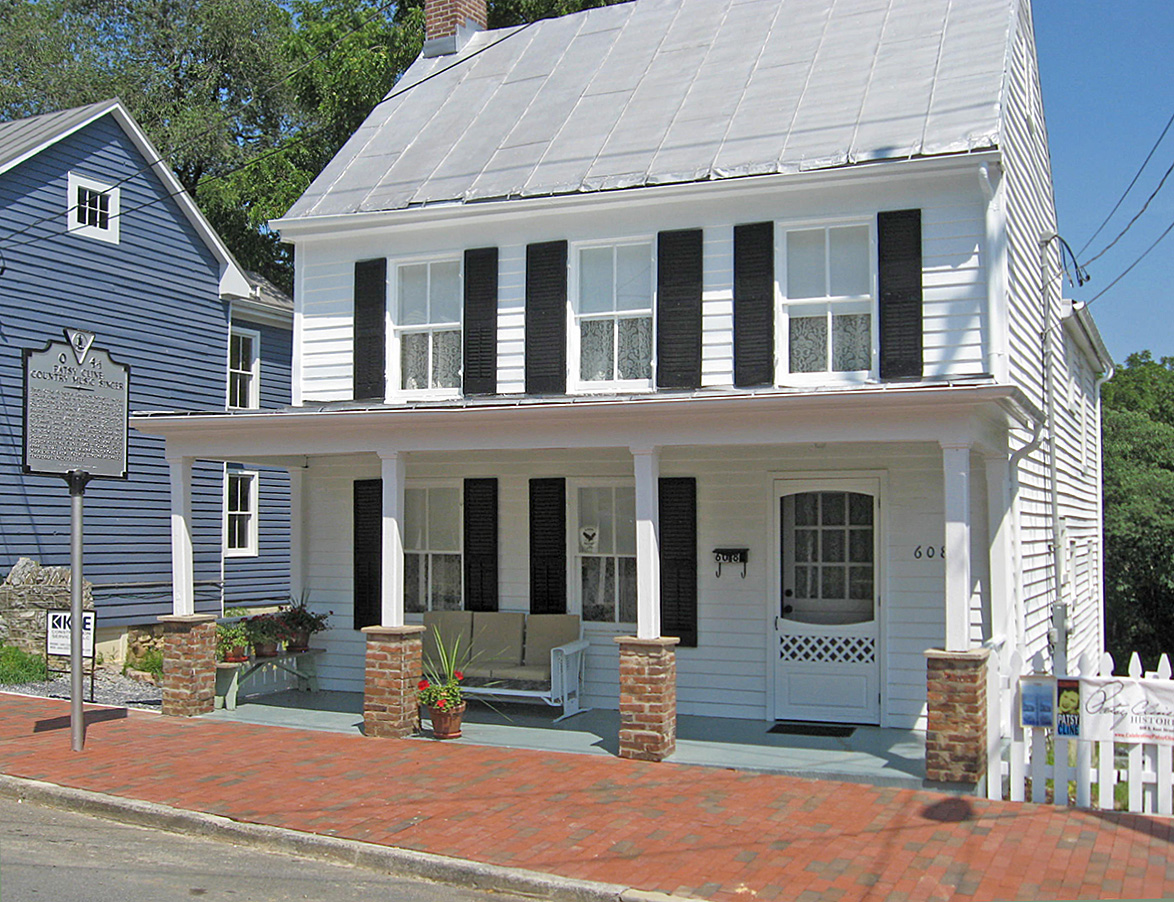 A humble two-story frame dwelling in Winchester, built in the mid-19th century as a typical working-class house and retaining its early-20th-century modifications, the Patsy Cline House was occupied by the legendary singer for only five years, from 1948 to 1953. Yet her time there, from ages 16 to 21, was instrumental in the development of her personal and professional life. Living with her mother and siblings under difficult personal circumstances and poverty, Cline forged her signature emotive singing style, drawing strength from her mother’s support and guidance, and resolving to become a singer in what was then a male-dominated industry. Cline, who first sang on radio at Winchester’s WINC, moved out of the house after her marriage to Gerald Cline in 1953. Internationally popular today, Cline, in 1973, was the first woman inducted into the Country Music Hall of Fame.

In 2021 the Patsy Cline House was designated a National Historic Landmark.