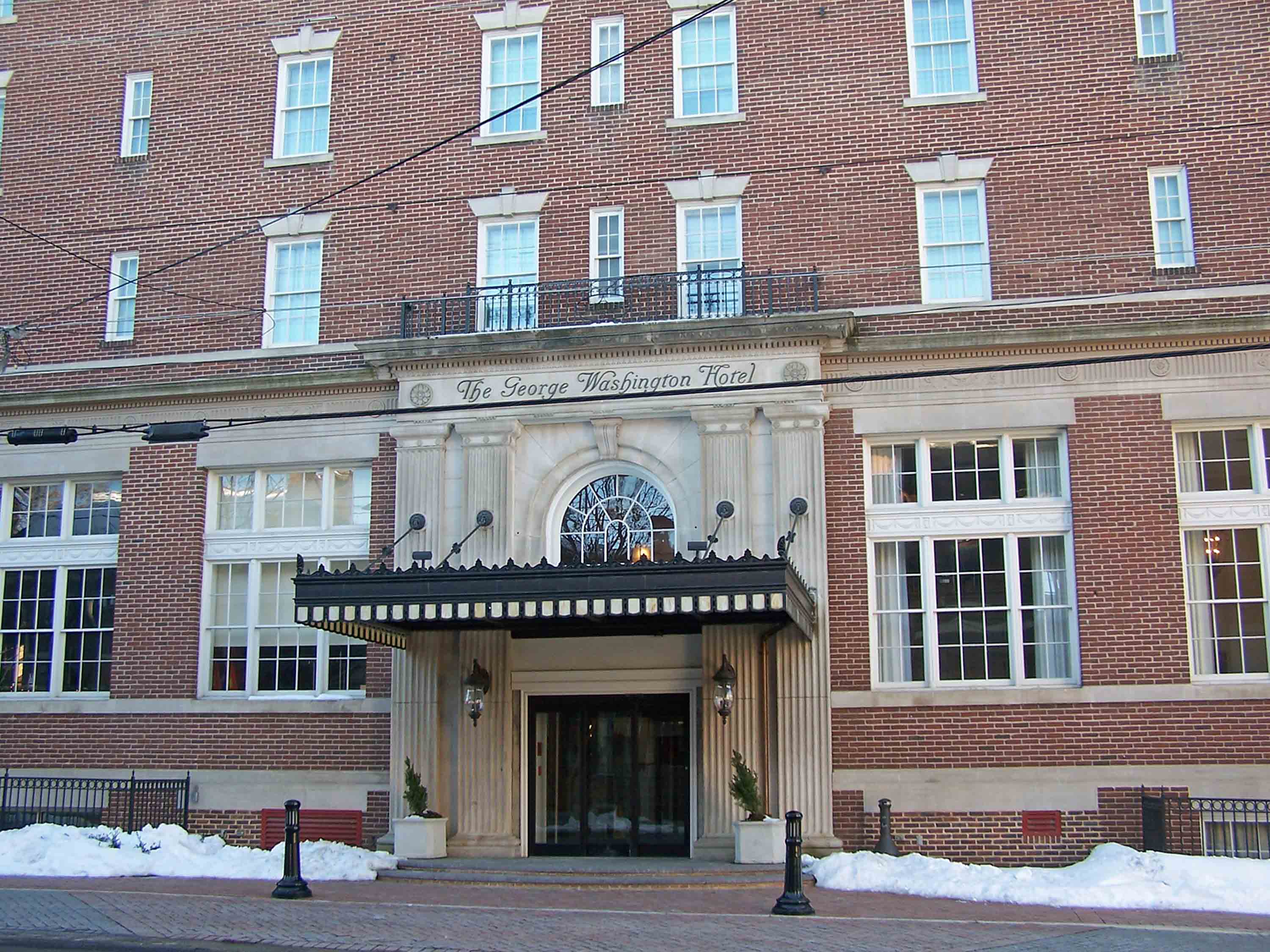 The George Washington Hotel, built in 1924, served a steady stream of guests who arrived at Winchester by passenger train during the hotel’s early decades of operation. The Washington was the first southern hotel in the chain of “Colonial Hotels” managed by the American Hotel Corporation. Combining elements of Colonial Revival and Neoclassical Revival architecture, the five-story building, one of Winchester’s tallest, and the city’s first fire-proof hotel, features a grand entrance, a lobby, ballroom, and dining room. Located in the Winchester Historic District, the hotel underwent a complete rehabilitation to restore it to its former grandeur before reopening in May, 2008.