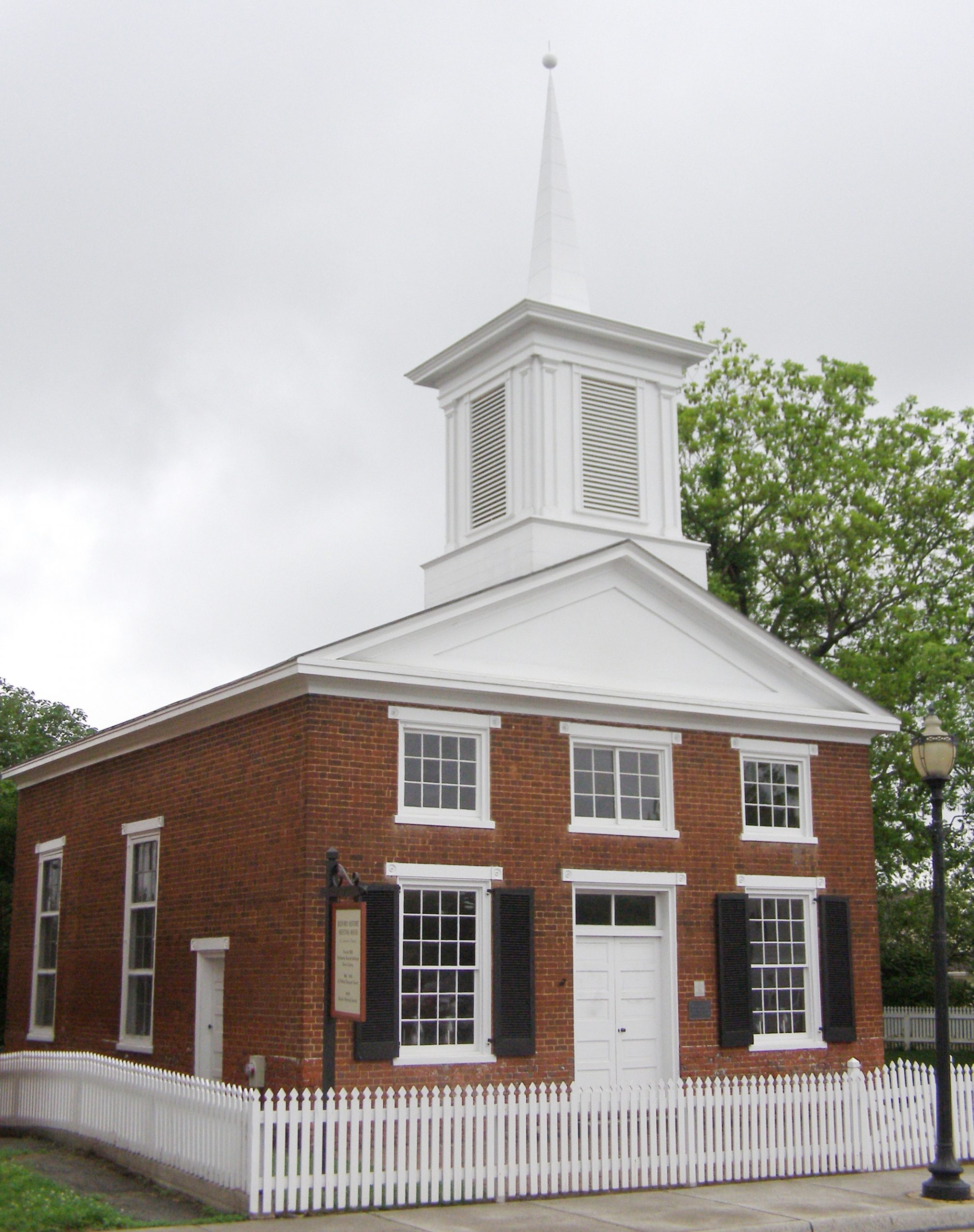 This simple Greek Revival structure, built in 1838 as the first Methodist church in Liberty (now Bedford), survives as the community’s oldest religious edifice. The Methodists outgrew the little church by 1886 and sold it to the Episcopal Diocese as a house of worship for former slaves. It was reconsecrated as St. Philip’s Episcopal Church, and its parishioners soon opened a day school which educated the town’s black children until a black public school was established. The church was vacated when Bedford’s African American and white Episcopal congregations merged in 1968. The building was acquired in 1969 by the Bedford Historical Society and subsequently restored to serve as its headquarters. With its fine brickwork, pedimented roof, and pilastered belfry, the building is architecturally related to a number of antebellum churches scattered from Bedford to southwest Virginia.