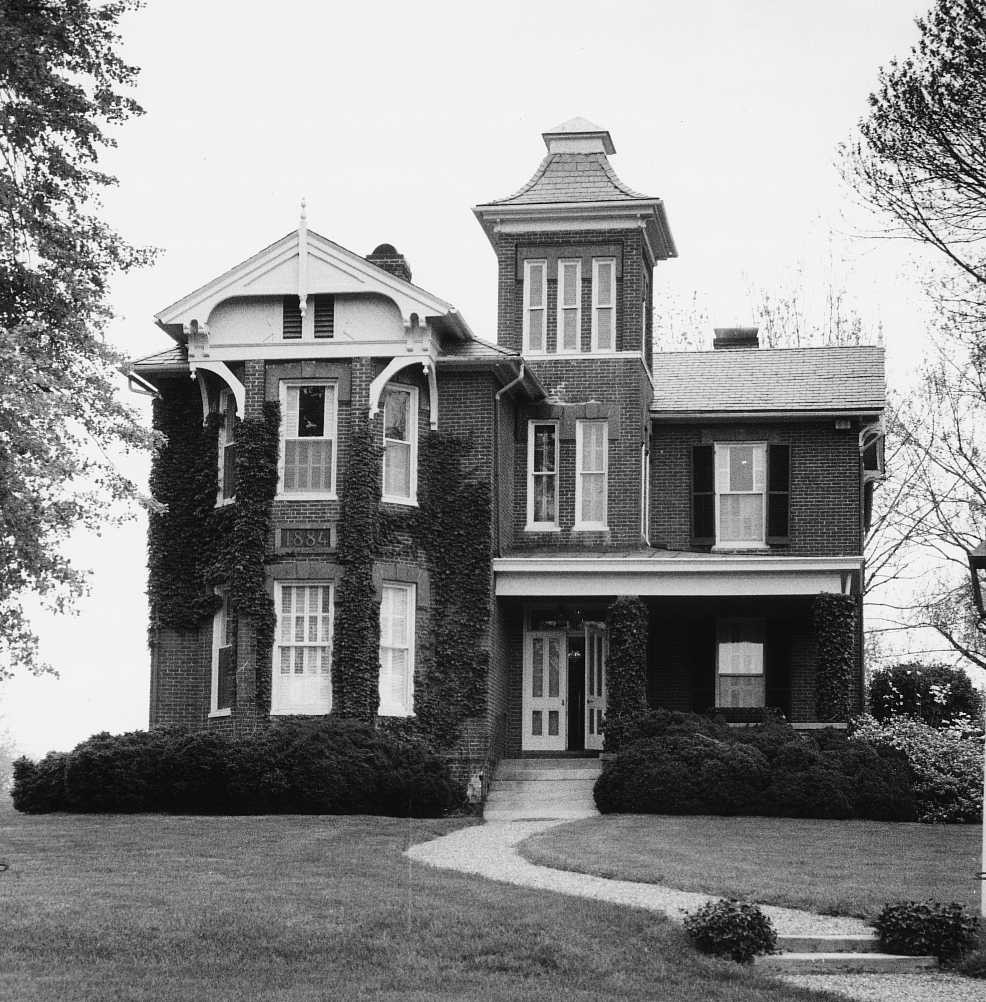 The fanciful Burks-Guy-Hagan house, with its romantically landscaped grounds focusing on the Peaks of Otter, is a classic example of a Victorian suburban villa. As defined by the 19th-century architectural writer Andrew Jackson Downing, the villa was “the most refined house of America—the home of its most leisurely and educated class of citizens.” Like many of the villa designs published by Downing and others, the Burks-Guy-Hagan house has a picturesque silhouette accented by a central tower. It was built in 1884 for Judge Martin P. Burks, who became dean of the Washington and Lee University School of Law and later a justice of the Virginia Supreme Court of Appeals. Burks was also the author of Burks’ Pleading and Practice. Local educator James R. Guy, ancestor of the present owners, purchased the property in 1907.