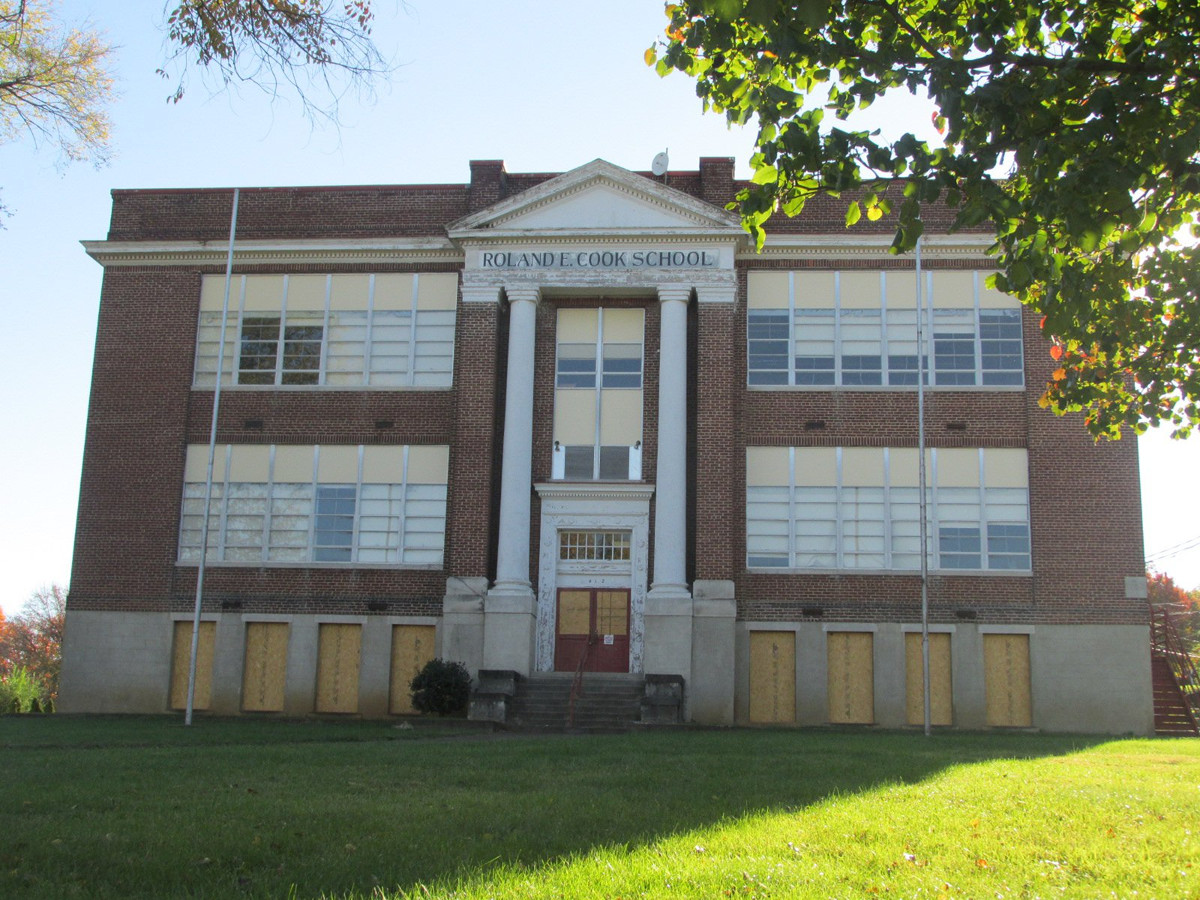 The Roland E. Cook Elementary School was built in 1915 and expanded in 1924. The school’s two-story design is consistent with other consolidated schools built in Virginia’s western counties between 1910 and 1920. In 1965, Roanoke County desegregated the school, and in 1966 the building underwent a modernization to bring it in line with the newer and larger consolidated schools of the post-World War II era.