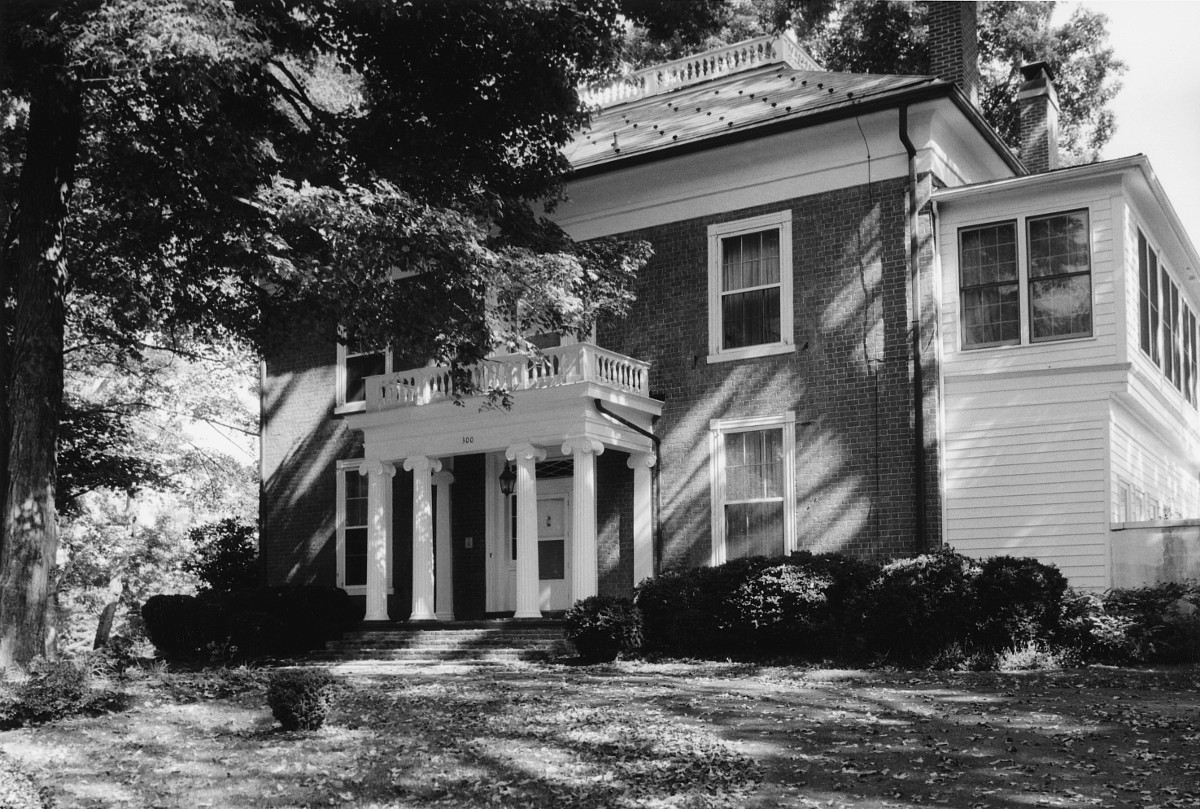 Edwin J. Amiss built this imposing brick mansion around 1856 on an elevated hillock which then commanded the road into Blacksburg. Amiss, a merchant and landowner, assembled several tracts, including a 125-acre parcel where the house was erected. The finely appointed dwelling boasts a Flemis-bond brick facade, an entrance portico with paired Ionic columns, and marble mantels within. On the grounds are three early outbuildings: a brick kitchen, a log cottage probably for slaves, and a log meat house. The place was purchased in 1880 by W. H. Palmer, Amiss’s son-in-law, who added a deck-on-hip roof over the original lower roof. The farm was developed in the mid-20th century, reducing the land around the house to a three-acre yard. Despite the loss of its rural setting, the house remains one of Blacksburg’s principal antebellum landmarks.