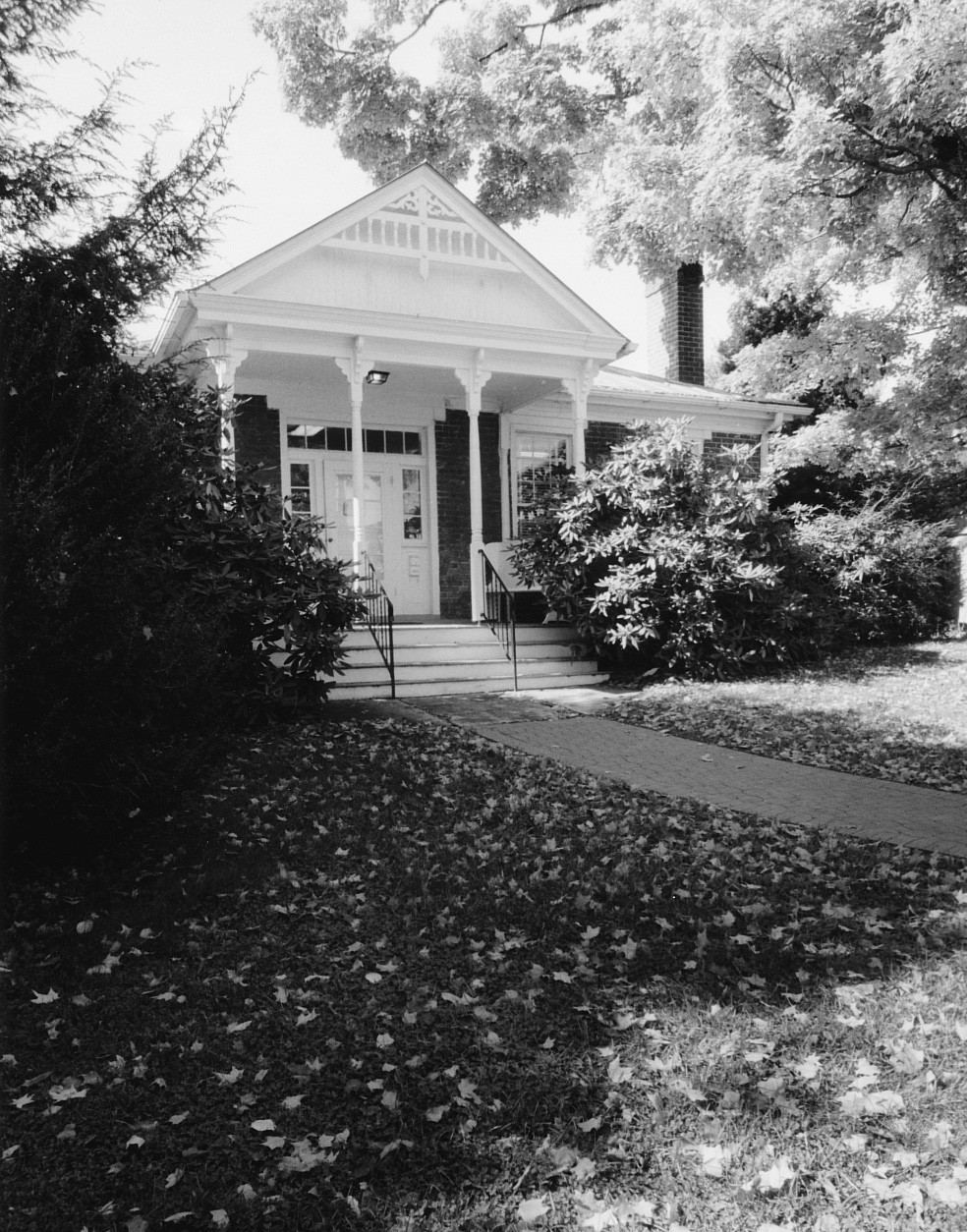 This Blacksburg landmark was built ca. 1852 for John R. Phillips, a merchant and physician who also was a director of the Olin and Preston Institute, a forerunner of the Virginia Polytechnic Institute. Phillips experienced financial difficulties and sold the house, which he apparently never occupied, in 1853 to Nicholas M. Ronald, a merchant and banker. In 1986 the property was purchased by the town of Blacksburg which today uses the house for offices and meeting rooms. The house is one of the few antebellum dwellings in the region to employ a one-story, double-pile format. For many years it has been known popularly as Five Chimneys for the conspicuous quintet of chimneys that project from its side walls. The late Victorian porch was added shortly after 1891 when the place was sold by the Ronald family to O. C. Peters.