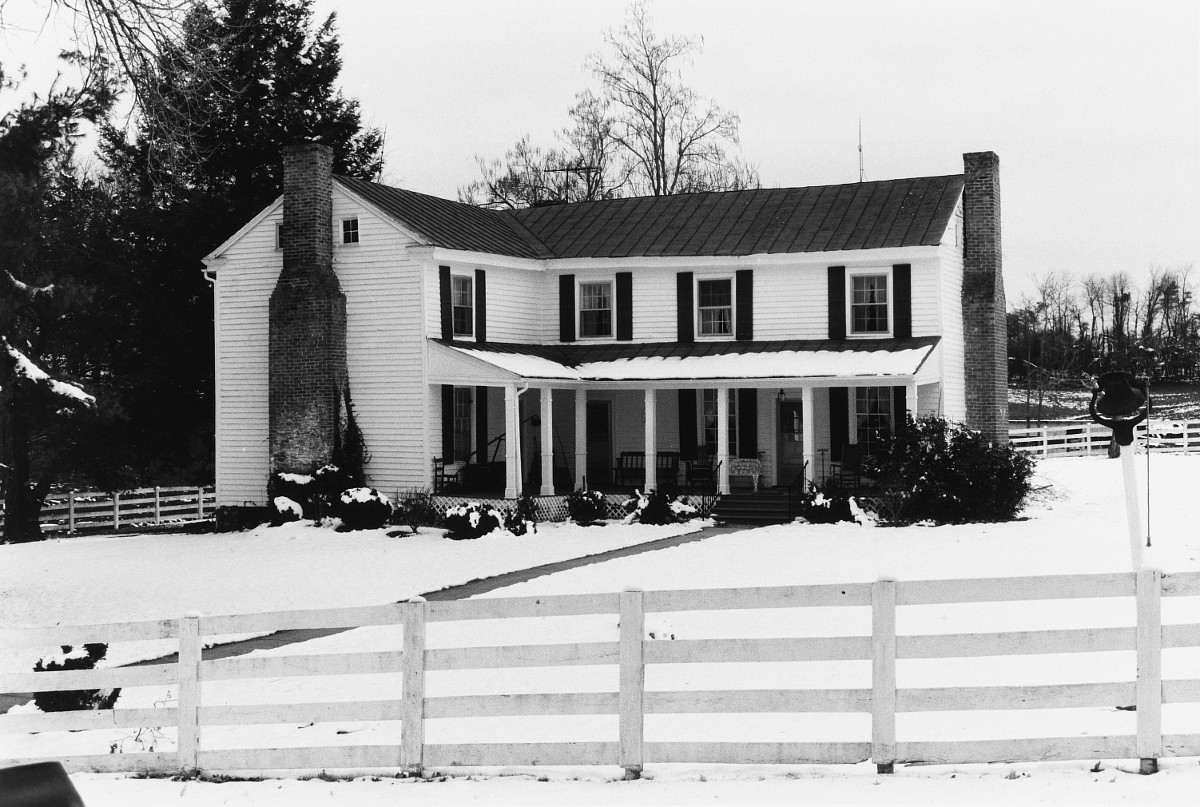 The weatherboarding on this L-shaped farmhouse masks one of Montgomery County’s most substantial log dwellings. The oldest section of the Linkous-Kipps House, the east wing, is said to have been built by Henry Linkous, Sr., following his purchase of the property in 1799. The west wing, also log, was likely added by Henry Linkous, Jr., after he inherited the farm in 1822. The Linkous-Kipps House was substantially improved in the 1850s when a stair was inserted in what was formerly an open passage. Despite the antebellum modernizations, the interior preserves many early finishes, including exposed ceiling joists, unpainted floorboards, and exposed log wall surfaces. The log walls of the east wing parlor retain a coating of rags and whitewash. Weatherboarding may have been applied in the 1850s although most of the present siding is early-20th century. A careful restoration of the house was undertaken late in the 20th century by a member of the Linkous family, which still owned the property, now within the boundaries of the town of Blacksburg.

The Linkous-Kipps House was listed in the registers under the Prehistoric and Historic Resources of Montgomery County MPD.