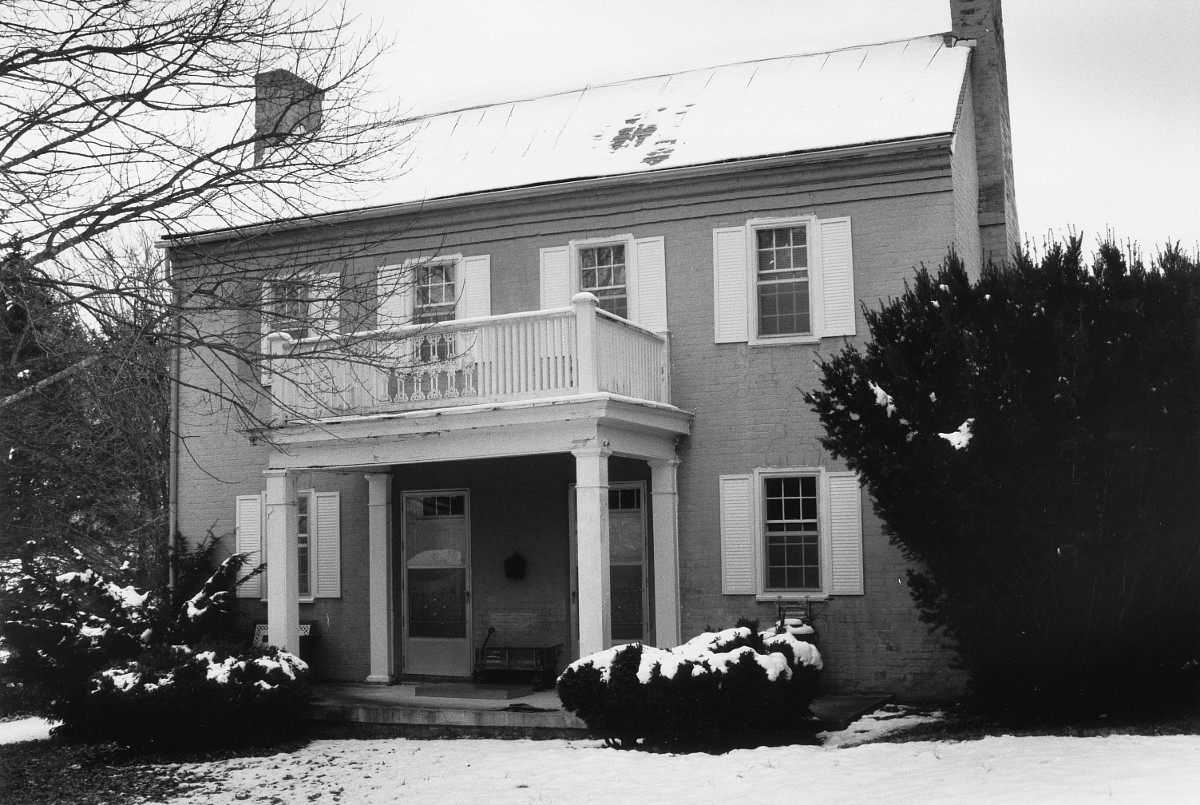 While many of Montgomery County’s antebellum houses showed the influence of contemporary architectural fashion, the majority were vernacular structures of uncompromising simplicity. Among the latter is Michael Kinzer’s ca. 1845 brick house, a solid functional dwelling devoid of the decorative devices purveyed by many architectural pattern books. A locally popular vernacular form, the house has a four-bay, two-room format with each of the two first-floor rooms entered by its own door. The primary decorative motif is the molded brick cornice, a commmon feature of western Virginia’s folk housing. Near the house is the archaeological site of the temporary brick kiln where the brick used in the house was fired. Though it was common practice to make brick on site, this is one of the only kiln sites in the region to have been studied.