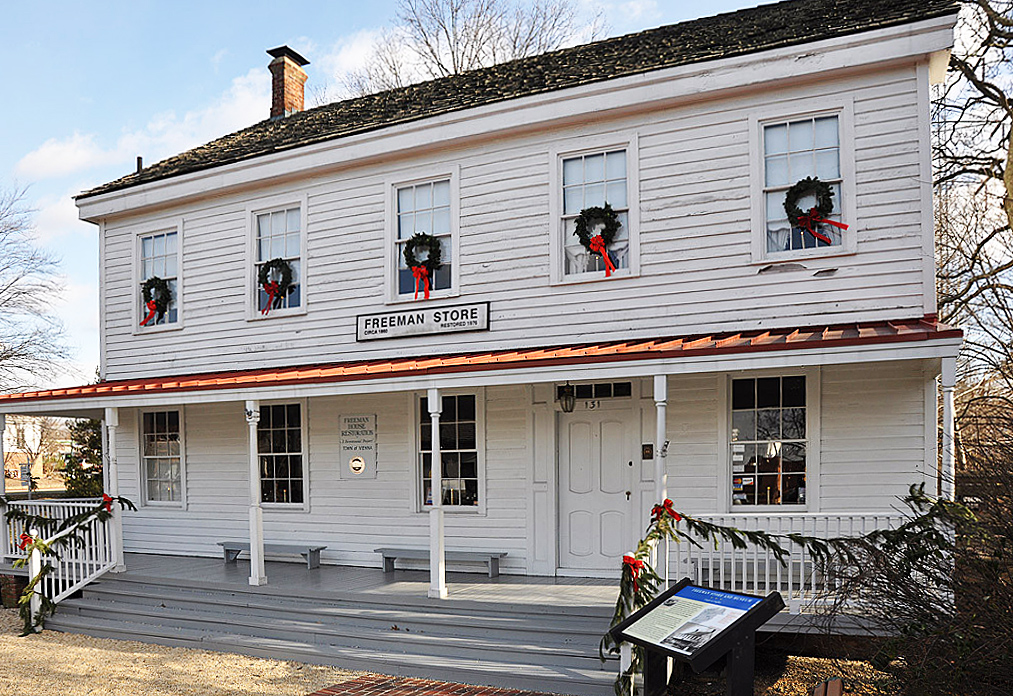 The Freeman General Store, in Fairfax County, was built as a large two-story store and residence in 1859 on six acres of land adjacent to the newly-arrived Alexandria, Loudoun & Hampshire Railroad in the town of Vienna. In the mid-1970s, the town restored the building to resemble its appearance in two Civil War-era photographs. At the time of its listing, Historic Vienna, Inc., operated the first floor as a restored general store and post office with interpretive exhibits, while the second floor served as a museum and office space. From 1906 to 1929, Leon Freeman, Fairfax County‘s first Republican delegate to the Virginia General Assembly after the Civil War, operated the store.