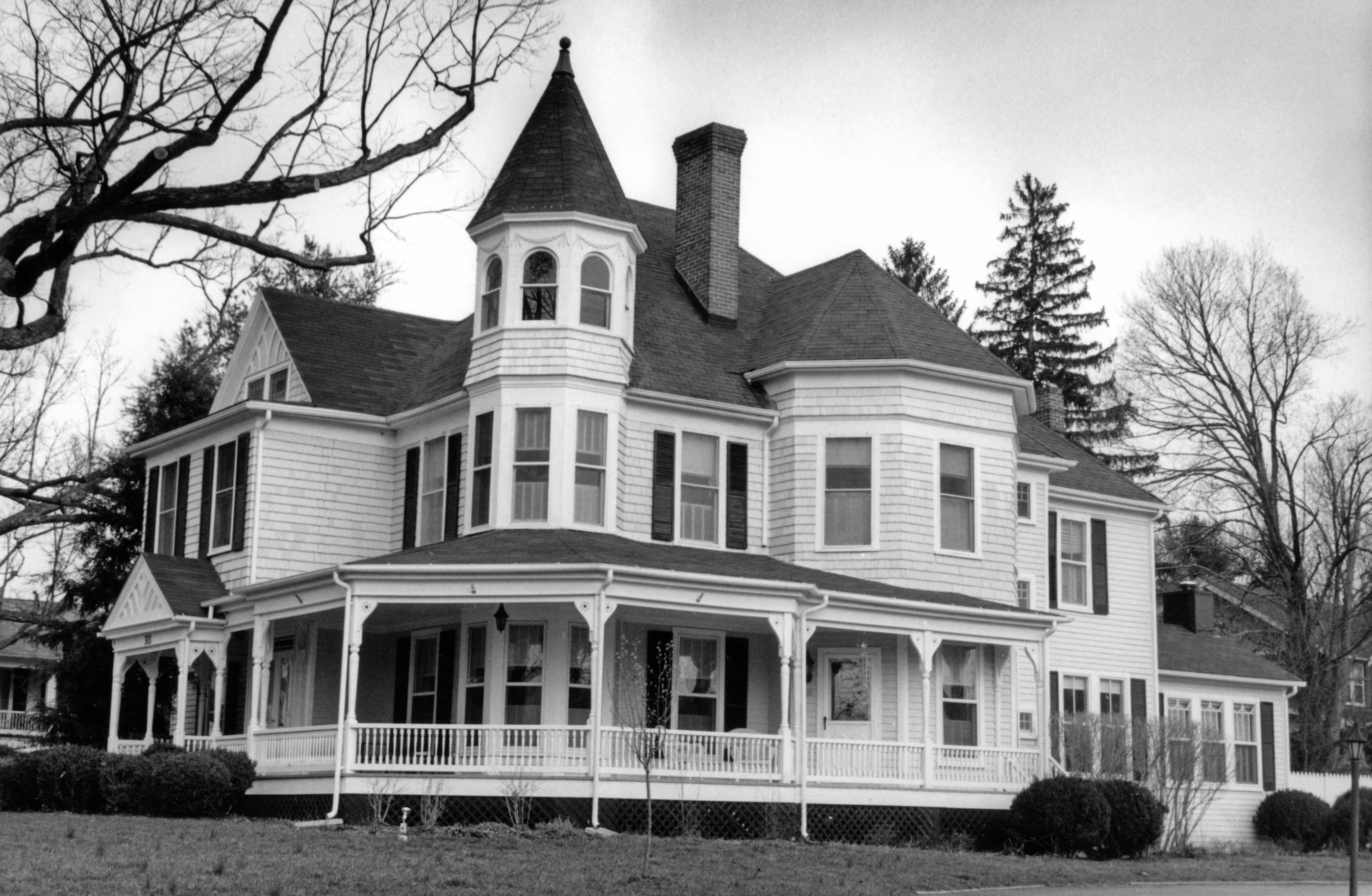 A classic example of a Queen Anne residence, The Oaks was originally the home of William H. Pierce, a local insurance executive and landowner. Pierce had the house built in 1893 and there he and his wife raised six children. He died in 1949 and his widow continued to live there until her death in 1968. This seventy-five-year occupancy by the original owners accounts for the remarkably unaltered state of the house. The large but homey residence has the requisite elements of an American Queen Anne dwelling: complex roofline, corner tower, shingled and weatherboarded sheathing, and hospitable wrap-around porch. The porch is a uniquely American feature of this essentially British style. Decorative pseudo half-timbering ornaments the gables. The interior preserves original woodwork including a Jacobean-style stair. The immaculately maintained structure is now a bed and breakfast inn.