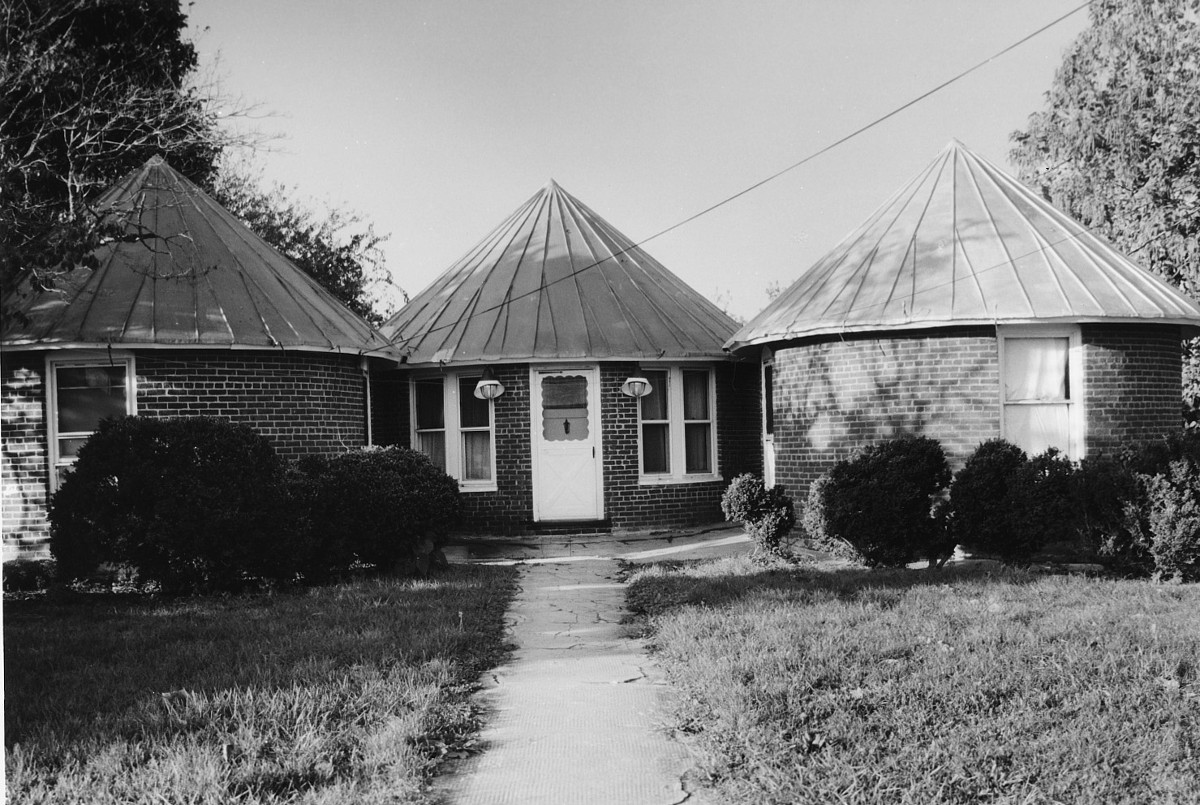 South Franklin Street in the Montgomery County town of Christiansburg was platted in the 1790s and was gradually built up over the next century. Today the South Franklin Street Historic District preserves a predictable mix of residential types with two individually significant dwellings. The mid-19th-century Miller House, a frame I-house fronted by square columns, was the home of Charles Edie Miller, cousin of the noted folk artist, Lewis Miller, who visited here and drew many scenes of life in the town and surrounding area. Unique is the dwelling known as The Huts (pictured above), designed in 1919 by Mrs. William A. Rice who had lived in Rhodesia (now Zimbabwe) with her husband, a tobacco executive. Upon settling in Christiansburg, Mrs. Rice determined to build a house reminiscent of the native round huts she had known in Africa. The Huts is apparently the only Virginia house whose design is unquestionably inspired by African precedent.

The South Franklin Street Historic District was listed in the registers under the Prehistoric and Historic Resources of Montgomery County MPD.