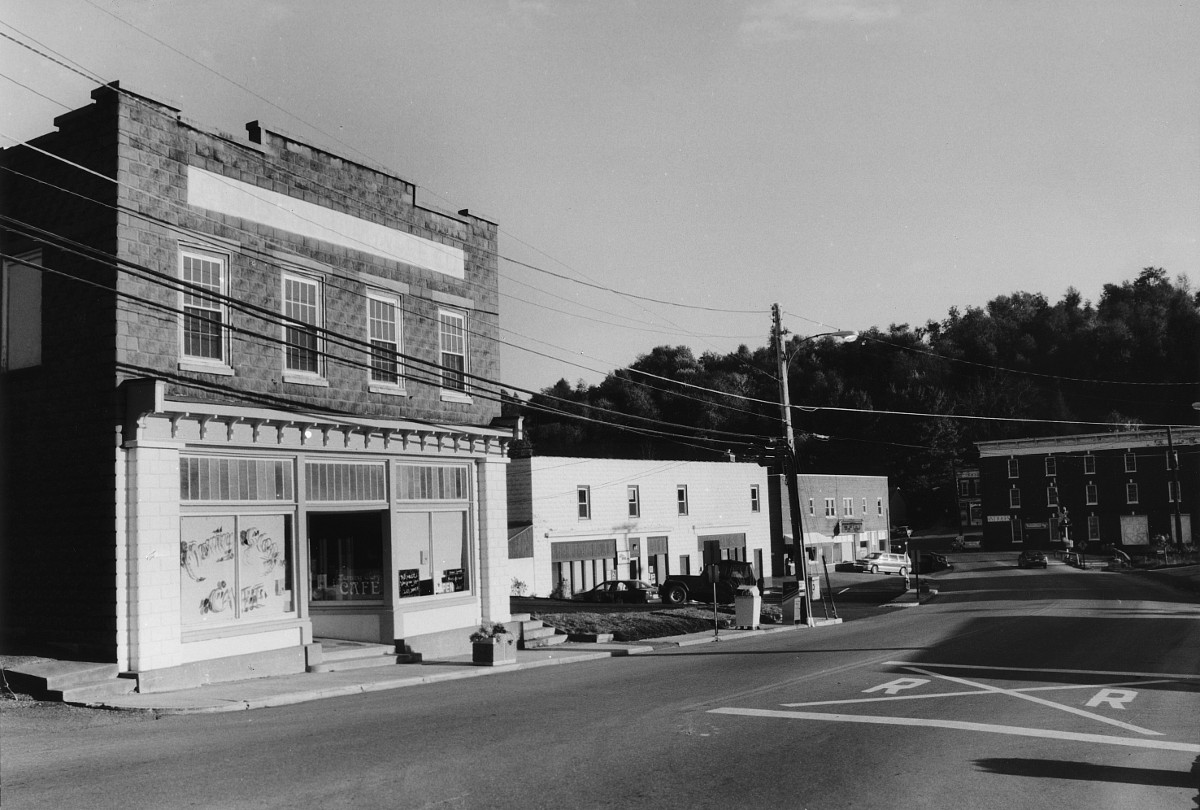 Cambria’s development began in the early 1850s following the laying of the Virginia and Tennessee Railroad a mile north of the Montgomery County seat of Christiansburg. The settlement which sprang up around the Cambria Depot functioned as a “port” for Christiansburg and enabled area farmers and manufacturers to reach distant markets. Cambria developed its own identity by the late-19th century, when several still-extant commercial buildings were constructed near the tracks. Among these are the Surface-Lee Block, built for a wholesale grocery business, and the former Dew Drop Inn, a little-altered commercial building that housed the county’s first hospital. Up the hill from the tracks is a scattering of early 20th-century residences and commercial buildings including the Cambria Hardware Company building, constructed of rusticated concrete blocks. Although a 1947 fire destroyed many commercial buildings, the Cambria Historic District still evokes a flavor of old-time small-town commercialism.  It has been absorbed into the town boundaries for Christiansburg.

The Cambria Historic District was listed in the registers under the Prehistoric and Historic Resources of Montgomery County MPD.