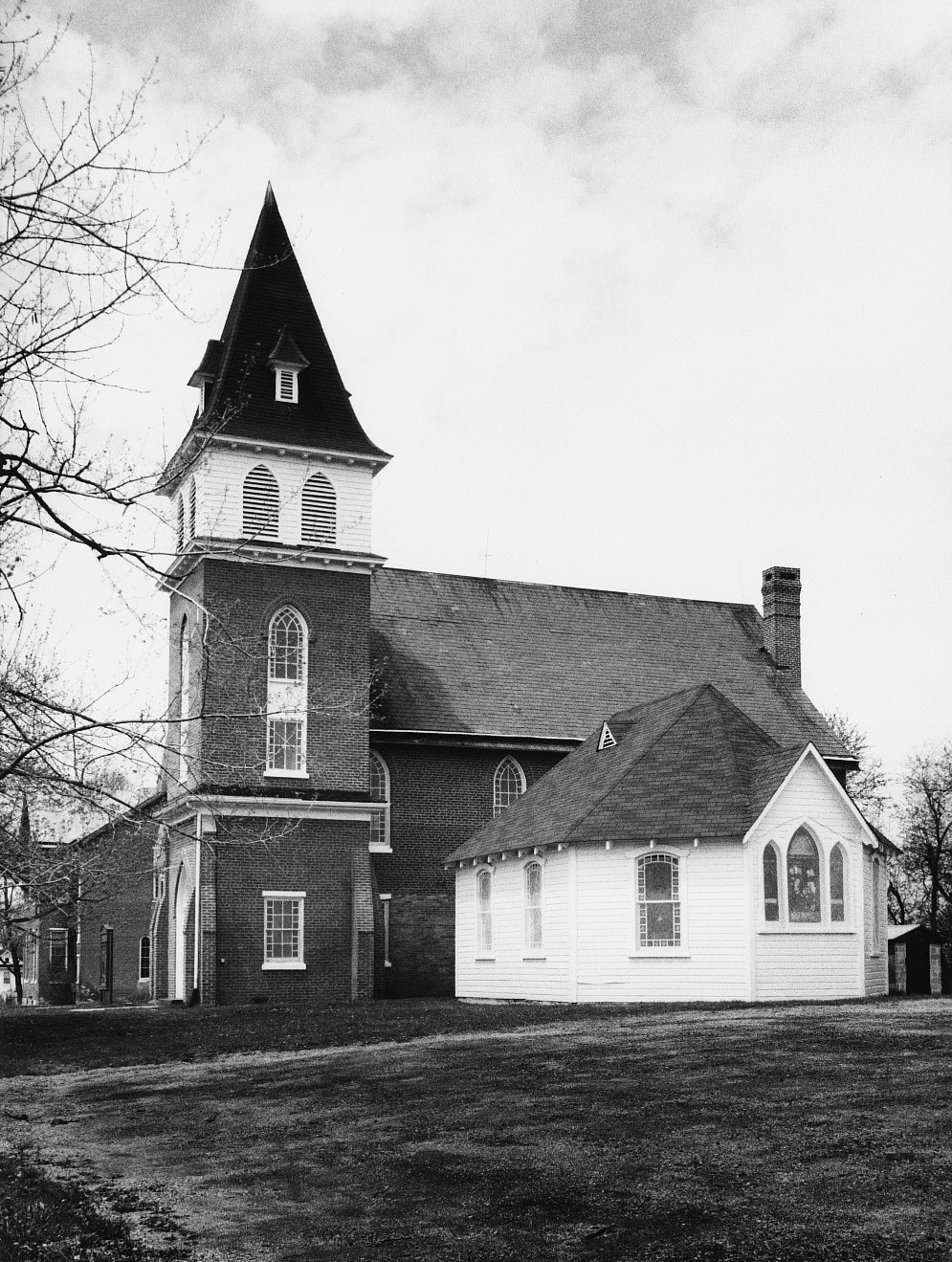 On a promontory above the town of Christiansburg the Old Christiansburg Institute (Hill School) and the Schaeffer Memorial Baptist Church, both built in 1885, are monuments in the social, educational, and religious history of Montgomery County’s African American community. Through the early efforts of Capt. Charles S. Schaeffer, an agent of the Freedmen’s Bureau and later an ordained Baptist pastor, formal instruction was begun for the area’s blacks in 1866, several years before the public school system was established. Technical, academic, and religious training were emphasized during Schaeffer’s thirty-year affiliation. In 1895 the school was reorganized under the direction of Booker T. Washington, who instituted a much-expanded curriculum. The church, with its 1888 frame annex, remains in active use. Industrial training continued at the Hill School until 1953. Since 1967 the school building has served as a community center.